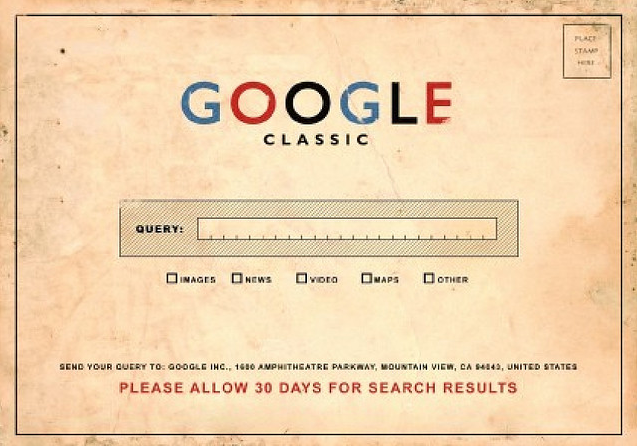 During a keynote at the IFA in Berlin, Eric Schmidt topped off presentations on Voice Powered Search, Street View Search and Google TV by emphasizing how much Google values being fast and that current technological advancements are nearing the realm of science fiction, or what he called, “The age of augmented humanity.”

“Google today connects people to the Internet and opens the world in the same way radio did 80 years ago. [Schmidt’s keynote] echoes the 1930 keynote by Albert Einstein, Einstein was talking about radio, the new technology at the time. He said ‘technology enables communication and communication connects people.”

Whether or not Schmidt will go down in annals of history ala Einstein, his keynote did provide some interesting “big think” quotes, including a couple that may come back to haunt him “Everyone should have the right to change their names” style.

“Ultimately, search is not just the web but literally all of your information – your email, the things you care about, with your permission – this is personal search, for you and only for you.”

“We can suggest what you should do next, what you care about. Imagine: We know where you are, we know what you like.”

“A near-term future in which you don’t forget anything, because the computer remembers. You’re never lost.”

Uhh. While I’m sure Schmidt has the best intentions here, it’s probably time he got a PR person or maybe even a friend that can clue him into the fact that statements like “We know where you are, we know what you like” can come off a little creepy, especially when you consider that Google is currently under antitrust investigation by the State of Texas and just settled a $8.5 million dollar law suit regarding privacy.

Coincidentally, Schmidt referred to his previous name change gaffe while at IFA, “I was making a joke when I was saying that, and everybody who was present burst into laughter.”

Perhaps the Google CEO just suffers from the world’s worst case of “foot in mouth disease”?

You can watch the rest of the keynote here.

Update: Apparently IFA isn’t the first time Schmidt has brought up the “We know who you are” schtick. He gave an almost identical quote to the Wall Street Journal a couple weeks ago.

Google also knows, to within a foot, where you are. Mr. Schmidt leaves it to a listener to imagine the possibilities: If you need milk and there’s a place nearby to get milk, Google will remind you to get milk. It will tell you a store ahead has a collection of horse-racing posters, that a 19th-century murder you’ve been reading about took place on the next block.”