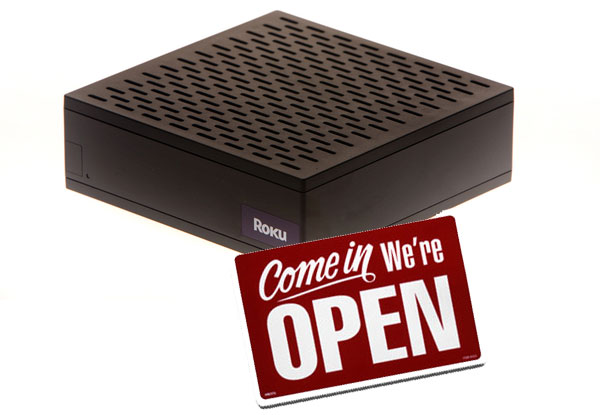 The new Apple TV, is, well, boring. Sorry, it is. But more on that later. Right now, I thought I should point out that there’s already a well-developed product on the market that not only competes directly with the new Apple TV, but in many ways, is vastly superior: The Roku.

I’m serious. I’m sure you’ve heard of this device before. It’s been out for nearly forever and what started as the Netflix streaming box, is now a versatile streamer. It has many of the same limitations as the Apple TV — limited local network streaming and a lot of the content costs something — but that’s fine. It has more apps, or rather as they call them, channels along with featuring reviews from Rotten Tomatoes and more.

Roku just hit 50 channels the other day with the addition of Vimeo. These things range from Netflix, to Pandora, to UFC, to Amazon Video on demand. There’s a lot of content available through the device and you’ll be presently surprised by the UI. It’s Apple-good. There’s even a fancy new Netflix interface.

Roku must have saw this coming because just two days ago, they dropped the prices across the board with the base model now costing $59. $99 will get you the 802.11n-equipped Roku HD-XR while it’s only $69 for the same model sans the wireless mode.

Of course if your house is filled with all Apple product, you should probably opt for the Apple TV as it will likely work nicely with all of your equipment. But for the rest of us, the Roku might be a better bet.

Update: Well, the Roku just got a little more competitive thanks to Amazon. Via the Amazon Video On Demand service, that’s available on the Roku, Fox and ABC shows are available for $.99 rental. Nice, eh?