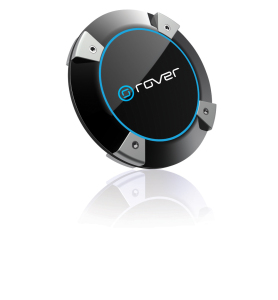 Clearwire launched their Rover – pay as you go internet service today, offering unlimited usage for $5 a day, $20 a week, or $50 for a month of 4G service. The Rover service is accessed via one of two ways, either from the Rover Solo; a single system dongle, or the Rover Puck which allows connectivity with up to eight devices at a time. The Rover Solo dongle sells for $99, and the Puck will cost you $149. Connectivity is provided via Clearwire’s previously existing 4G network (in most areas) but it’s still compatible with their 3G network as well. Download speeds will range from 3 to 6 mbps, with a maximum burst speed of 10mbps in the Puck device. You can pick up either device from Best Buy, your local Clearwire store, or online at the Rover website. Click through the jump to see the press release.

Rover is available in all of Clearwire’s 49 4G markets across the U.S. at rover.com. Rover is also available at CLEAR stores, Best Buy stores and select independent wireless dealers in Houston and St. Louis.

“Simple, commitment-free wireless services are wildly popular with the Gen Y crowd, and Rover provides them with the first pay-as-you-go unlimited mobile internet offering at 4G speeds,” said Mike Sievert, chief commercial officer for Clearwire. “We’ve built Rover from the ground up with products, pricing and features designed specifically to serve a younger market who knows how you get connected is just as important as where. Expanding our offers to meet this underserved segment is an important new business opportunity for Clearwire as we continue to extend our leadership in mobile broadband.”

Rover’s flagship device is the Rover Puck: an ergonomically designed portable Wi-Fi hotspot that lets you share broadband access, or “Puck”, with up to eight devices at home, out on the town or nearly anywhere the feeling strikes you. The Rover Puck can easily slip into a purse or backpack and serve as an on-the-go broadband access point for devices such as laptops, netbooks, the iPad(TM), the iPod touch(R), smartphones, PSP(R) systems, game consoles, and Wi-Fi enabled digital cameras, among others. Users have the option to connect up to eight Wi-Fi enabled devices simultaneously.

The Rover Puck features mobile download speeds of three to six mbps, with bursts over 10 mbps (up to 4x faster than conventional 3G), using Clearwire’s 4G network. The Rover Puck is available today for $149.99 (plus tax).

New users receive two free days of service to ensure Rover’s metro-focused 4G coverage fits their mobile lifestyle. Rover has a 14-day no-hassle return policy for any device purchases made on rover.com or in CLEAR stores.

Rover is priced at $5/day, $20/week, or $50/month for unlimited 4G internet usage. Depending on the retail channel, customers will be able to purchase a Rover Re-Up PIN code or physical Rover Re-Up card in $20 or $50 denominations. Rover Re-Up is available online at rover.com, at all retail outlets carrying the Rover Puck or Rover Stick, as well as at Rover Re-Up specific retail locations. Rover does not require a credit card to activate service and is designed to bring broadband internet to a new audience.

The Rover brand is designed for a demographic that has grown up in a wireless world. They manage their life through the internet, and their devices signify status. Rover provides products and service to meet their need for all things internet.

“Rover’s target audience has never known life without internet. They love their devices and they want as much speed and capacity as possible, without the limits and commitments of most mobile options,” said Seth Cummings, GM, Rover. “Rover offers iconic devices along with straight-forward pricing, and plans where unlimited truly means unlimited. It is not in Rover’s DNA to be constraining, confusing or complex.”