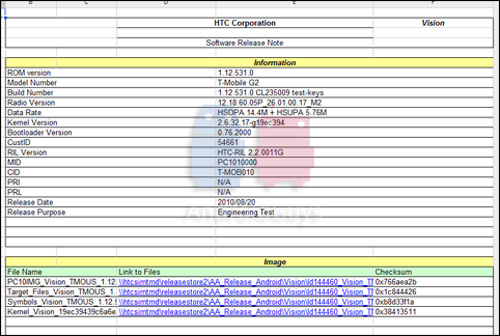 T-Mobile’s new G2 is reported to scheduled for release at the end of September, but that didn’t keep someone at HTC from leaking the ROM for the new phone. After some clever manipulation, the ROM was hacked and some very interesting details have come out as a result. Specifically the firmware makes no reference to having the HTC Sense interface, as well as revealing that the new phone will be running Android version 2.2, not 3.0 as previously theorized. Regardless of these two little issues, the new phone does look very promising with it’s slide out keyboard and 800MHz CPU.