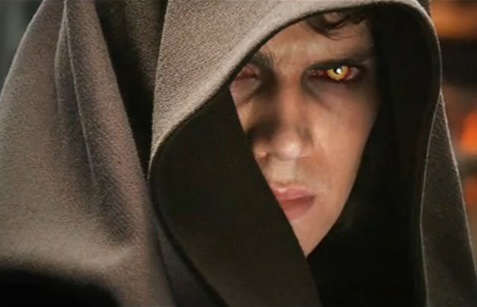 Editor’s note: Jonathan Askin is Associate Professor of Clinical Law at Brooklyn Law School and Founding Director of the Brooklyn Law and Incubator Policy Clinic (BLIP). He previously worked at the FCC and for the Obama campaign on telecommuncation policy.

I can’t help but analogize Google’s role in the Net Neutrality Wars with Anakin’s shift to the Dark Side in Star Wars.

I’m watching the discussion about the policy framework to govern the Internet with the repelled fascination of a guy who, as a child, loved Star Wars Episodes 4-6 and now, as an adult, begrudgingly watches Episodes 1-3.

In the present drama, Verizon plays the Emperor, Google plays Anakin, the Federal Communications Commission (FCC) plays the Old Republic, and Internet-Company-Not-Yet-Born might play Luke Skywalker—if the FCC is not blinded by the Verizon-Google Jedi mind trick and can formulate a forward-looking Internet policy framework that will foster competition and innovation.

After the Telecommunications Act of 1996 passed, the FCC labored to crack open the Bell Empire to competition. At the time, competitive entry required vigilant oversight by the regulators of the Old Republic to ensure that the Bell companies provided their competitors with fair wholesale access to the Bells’ physical network. Competitive telecommunications prospered briefly, but were not to last, as the Old Republic’s oversight became less effectual and the formerly competitive telephone carriers reconsolidated into a new Empire, with sights set on conquering the nascent Internet.

As the policy battles waged in Washington, D.C., Google, like a young Anakin, emerged with the motto “Don’t Be Evil.” Google—the force strong within it—entered the policy fray, serving as the leading voice for Internet startups. It grew into a formidable counterbalance to the Bell lobbying machine that had, for decades, dictated public policy at the FCC.

Unlike the competitive entrants of the 1990s, Google and other Internet startups did not advocate for physical access to the Bell network. Instead, the rise of the Internet made it possible to provide competitive communications services by simply requiring the Bells and other Internet access providers to guarantee that they would not discriminate. 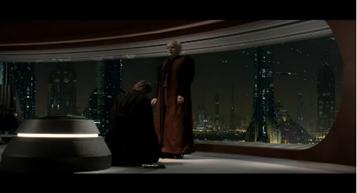 After years of championing open Internet policies, Google is now professing to have brokered a meaningful deal with Verizon, a leading opponent of net neutrality. The proposed solution, however, could prove devastating to smaller Internet companies and consumers seeking competitive and innovative offerings. The Verizon-Google “compromise” does not apply to mobile services. But like the Jedi master who said, “These are not the Droids you’re looking for,” Verizon and Google conceal that mobile communications is the future.

The “compromise” also allows carriers to diverge from the net neutrality commitment to provide “managed services,” an undefined carve-out that opens the door to discrimination among companies. Google’s “compromise” serves only to ensure that Google is not harmed and does nothing to protect the Internet companies of the future. It is as if Anakin were ambivalent about Luke’s birth and survival.

I am a weary servant of the Old Republic—a former FCC staffer who had tried to inject competition and innovation into telecommunications markets during the Clinton years, and then took another brief stab as Chair of the Internet Governance Working Group of the Tech, Media and Telecom Committee for the Obama campaign. I wonder if Google believes the deal is ultimately in the best interest of the Internet? Maybe Anakin believed that his acceptance of the Dark Side was ultimately in the best interest of the Galaxy.

To be fair, these comments were composed on my Google-enabled Droid X running on Verizon’s mobile network. Apparently, Google was able to slip this Droid into the Empire’s network, and maybe this Droid is not among the “droids they are looking for,” if I may stretch my analogy to its breaking point. But will Luke Skywalker be able to slip his droid into the empire ten years from now? Without a policy framework that fosters innovation and competition from the would-be innovators and entrepreneurs of tomorrow, we might never see Luke with his Droid-of-Tomorrow.

Over several years I took my nephew to see Star Wars Episodes 1-3. When Anakin turned to the Dark Side, my nephew was conflicted, but still loved Anakin. When I asked him who he wanted to win—Anakin or Obi-Wan—he said Anakin without hesitation. He had grown up with Anakin and a belief that Anakin was our champion. I suspect that many of us who grew up with Google still believe that Google will be our champion for an open and innovative Internet. Like my nephew, we want to believe that underneath Vader, Anakin and the greater good will prevail. We want to believe that Google will adhere to its founding principle: “Don’t Be Evil.”