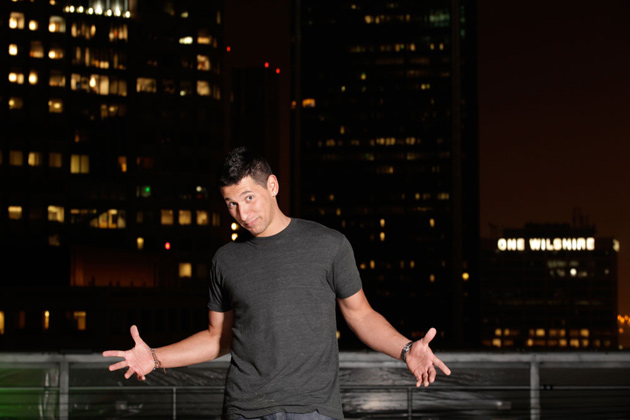 Did anyone else catch World Cyber Games: Ultimate Gamer last night? (It airs Thursday nights at 11pm on Syfy, your new home of WWE SmackDown starting this autumn.) I don’t know what to make of the show. It’s a kind of reality show starring gamers. But of course, being a reality show there has to be all sorts of unnecessary junk. In fact, I’d go so far as to call the first 50 minutes or so the worst television program ever broadcast. Farnsworth would not have approved, no.

The final 10 minutes, when the gamers actually played a game (it was Tekken 6 last night), wasn’t bad at all. It was exactly as gripping as watching a Quake 3 competition, but it was more than OK. I’ll keep DVRing the show, but in the future I will skip to the last segment. You know, the game segment.

The first 50 minutes weren’t very good at all. The gamers introduce themselves, and none of them had anything particularly interesting to say—Chael Sonnen these people were not.

Then there’s the drama—the forced drama, mind you. I suppose the show would benefit if you actually care about the gamers, but I will not care any more about Person A because he has a wacky haircut (“planned messy” in the words of Patrice Oneal), and I’m not going to side with Person B over Person C because Person C says she stole Person B’s boyfriend. There’s six billion people on this planet, and your problems are no more interesting than anyone else’s.

The name of the show is WCG Ultimate Gamer, is it not? Why not—and this is going to sound crazy—but why not focus on the games?

In conclusion, the first 50 minutes of the show is unwatchable nonsense, but the final segment, the actual GAMING SHOWDOWN~! isn’t too shabby at all.

My advice is to DVR the show, fast-forward all the tedious reality claptrap, but then watch the final gaming segment. At least then you’ll only have wasted 10 minutes of your week and not an entire hour.