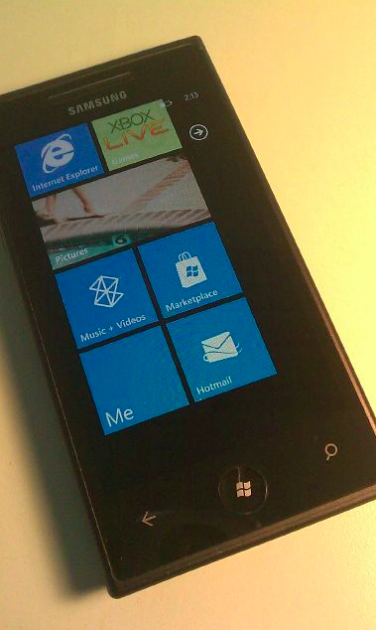 This time around, the party bus is camped out in front of Samsung HQ, from the depths of which emerged a handset never before seen by the world.

Besides the fact that it bears Windows Phone 7, harsh angles, and a very, very iPhone-esque (and I try to avoid saying that) circular home button below the touchscreen, there’s not a whole lot known about this one. Know something else? Drop us a line at tips@mobilecrunch.com and we’ll find some way to celebrate your greatness.