Part of the i/o ventures incubator, Damntheradio allows companies to strengthen relationships with their fans through Facebook and Twitter and facilitates the sharing of branded content through incentives, across multiple Facebook pages. Damntheradio shares the enterprise branding space with competitors Buddy Media and Wildfire.

Damntheradio already has helped artists such as Enrique Englesias, Metric, Avenged Sevenfold and companies like Warner Brothers, The Collective, and Tapulous manage lead gen and CRM using social media, including setting up a system of rewards for top influencers, as well as orchestrating campaigns exclusive to Facebook fans such as the Tap Tap Revenge Ten Song Countdown and even a whole album launch by artist Travis McCoy.

When asked about the company’s focus on Facebook, founder Johnny Hwin responded,“Our goal is to help our clients build a relationship with their fans, whether those fans are on Facebook, Twitter, or the client’s website.  We started building on the Facebook fan page because we saw 1) a demand for more powerful landing pages than what Facebook currently offers, and 2) higher engagement on Facebook than anywhere else.”

In a world where your Facebook fans have become in some sense your audience, Damntheradio’s tools to better target this audience engagement a huge boon for anyone trying to promote branded content.

From Matt Drouin, the manager of Metric, “When we launched our first promotion in March, we had 64,000 fans on Facebook. Around 4 months later, that base has increased by 350%.” 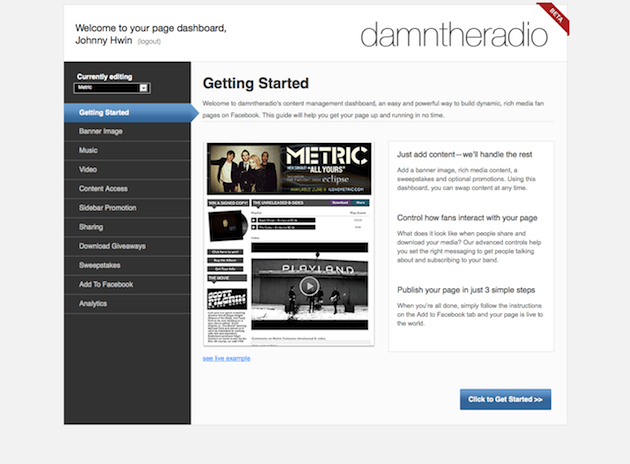 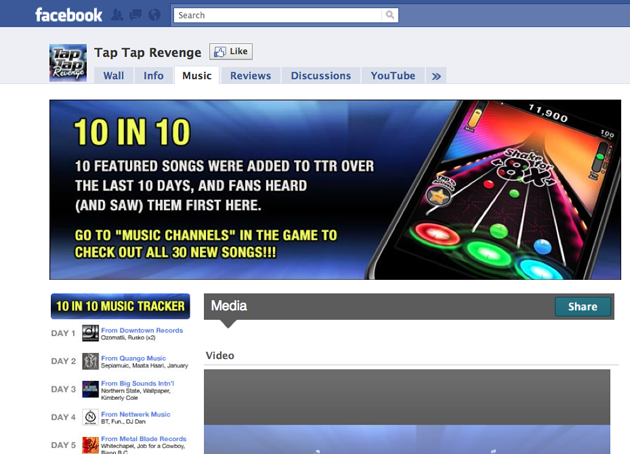