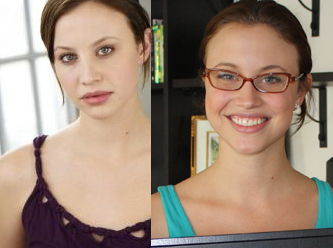 “Girl quits her job on dry erase board, emails entire office (33 Photos)” is indeed a hoax, say its creators John and Leo Resig.

I’d love to pull out some well-worn meta-media analysis about how memes are increasingly where we get our culture and we need to be more circumspect when filtering information yada yada, but I’ll leave that to my betters. Elyse Porterfield or “Jenny DryErase,” who went straight from our inboxes to the “1,000,000 Strong for Jenny DryErase to Pose in Playboy” Facebook fan page, should speak for herself.

The photo shoot, which happened that Friday, was for an image board site called The Chive. The Chive (which gets around 5.6 million unique visits a month, according to Google) is part of a network of viral sites run by brothers Leo and John Resig, who have a storied history of manufacturing Internet hoaxes, most notably the $10,000 Donald Trump tip and the infamous “virgin text messages her dad that she lost her virginity.” Both hoaxes ended up punking various mainstream media outlets including Fox News, Gawker and Jay Leno.

Porterfield told TechCrunch, “When I went into the audition, I didn’t know what it was for — but thought that this couldn’t be too bawdy or promiscuous or else they wouldn’t have me holding a dry erase board. “ The actress’ prior claims to fame include being compared to Angelina Jolie in People Magazine and performing in her college theater troupe. She had not heard of the acronym HOPA beforehand. 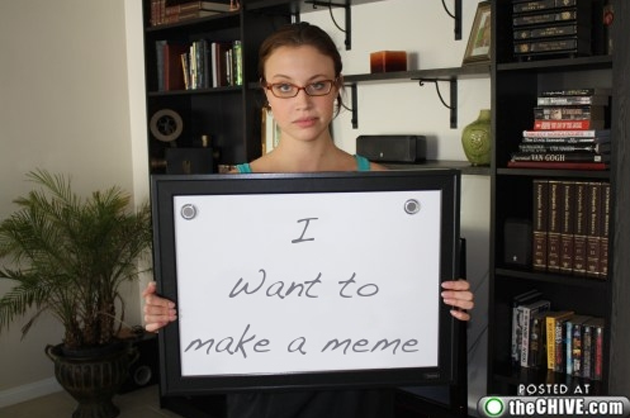 The brothers Resig came up with the idea for “Dry Erase Girl” about a month ago at the King’s Head Bar in Santa Monica, CA, and wrote down the details on paper napkins, including the etymology of HOPA (see below). Says John Resig, “We came up with a hoax that was completely relatable. It wasn’t spread by TechCrunch and Reddit. It was spread by Facebook and inter-office email. Everyone wants to quit their jobs like this.“ 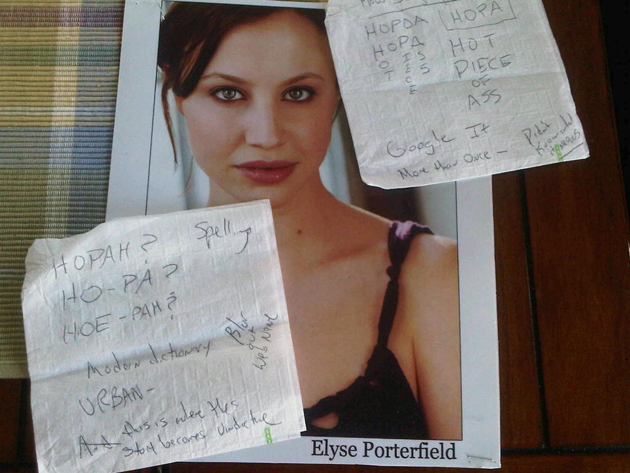 All they had to do was post the images of Porterfield holding the dry erase board on The Chive at around 4:30 am this morning, and College Humor re-posted, followed shortly by TechCrunch. Resig says they targeted us because his publicist said that they should try for a TechCrunch write-up (Nice work guys). When asked if this was done purely to garner traffic and get media attention, Resig responded,

“We didn’t do this for the media. I’d did it almost to prove to myself that I had it in me, to make something go viral at 4:30 in the morning before the world wakes up. You get a pure thrill of watching your site go from 15,000 uniques to 440,000 uniques in a single hour, watching yourself sucker every site from a-z who didn’t do their backstory.”

And later, “It struck a personal chord. And people wanted to share it.” To the tune of 238k facebook shares and 31k tweets. Based on what was essentially a lie. The brothers told a skeptical Peter Kafka that Jenny was “real,” they told us that people “want to believe.” 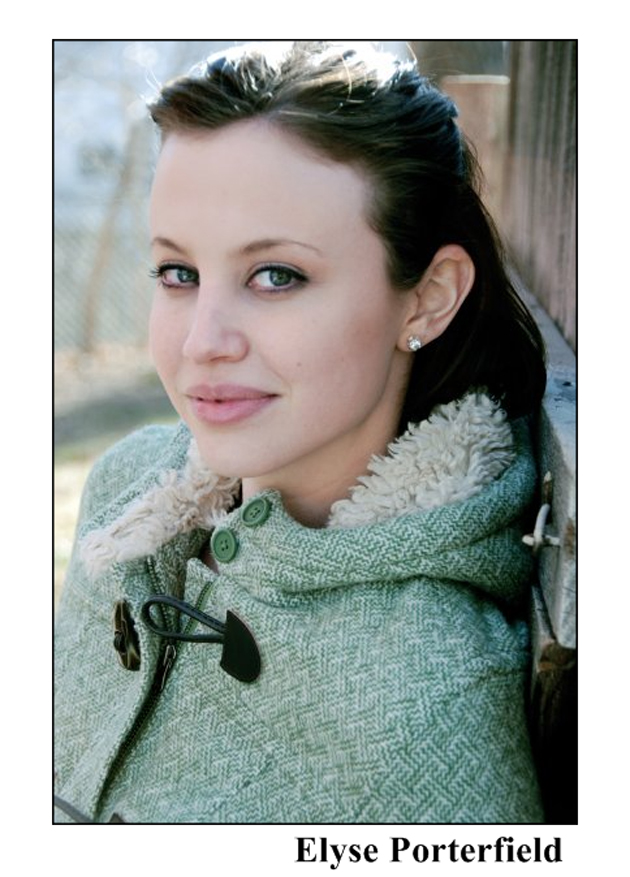 “People, particularly journalists, underestimate America’s appetite for a good story. This story wasn’t primarily done to see how many people in the mainstream media we could hoodwink (though that was fun), it wasn’t done for the publicity, money, nor was it a slapdash reaction to some JetBlue clown; it was done purely for the entertainment of the people first and foremost. The purpose of the hoax was to entertain and inspire, not to inform, so what difference does it make if the story has a single ounce of truth? After our second hoax I remember a reporter telling me, ‘Well it looks like you’ve fooled us twice. Won’t get away with this nonsense again.”

Resig still has another media announcement planned for 10 a.m. PDT tomorrow. And he is not sad that the meme is essentially dying with this post, “A hoax has two lives, the initial hoax and the story of how it happened. Even though this is a hoax, people want to see a walking/talking Jenny, the people want Jenny.“ 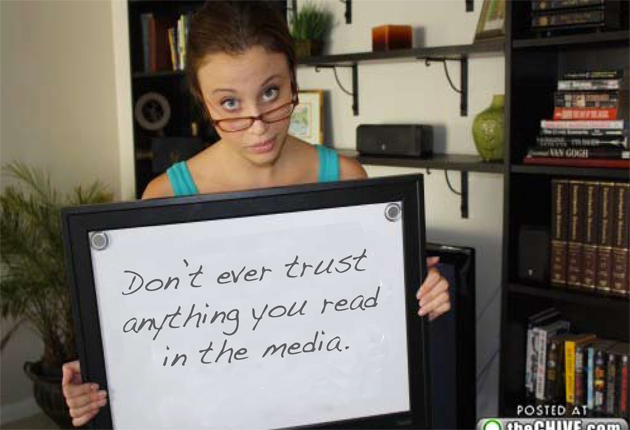 “I Want to Make a Meme” Photo: Buzzfeed