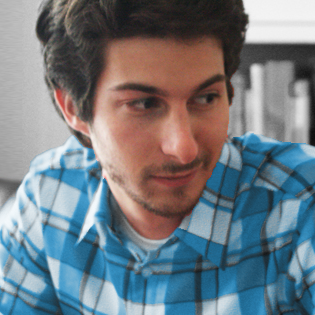 Meet Eric Fisher, Product Designer at Facebook and Design Advisor at local search site Milo. Fisher also has the notable and somewhat curious designation of being the first cousin of Jesse Eisenberg, the actor who plays his real life boss Mark Zuckerberg in the upcoming Aaron Sorkin movie The Social Network.

Fisher, who has been at Facebook since February, says he and Eisenberg are pretty close and share similar interests. In true geek family fashion, they jointly run a wordplay game at oneupme.com, which has received a modest amount of press coverage.

In some especially weird coincidence, according to Fisher, Eisenberg usually plays characters that remind people of him, “I’m really interested to see if this particular character [Zuckerberg] will do the same, which I’d find neat, since I really respect Mark and like working with him at Facebook.”

When asked whether Zuckerberg was cool with the movie, Fisher said we’d have to defer to what the Facebook CEO has already told press (we’ve contacted Facebook for more details). In the same TV interview where he first revealed the Eisenberg cousin connection, Zuckerberg also expressed his views on the film.

“I just think people have a lot of fiction…. The real story of Facebook is just that we’ve worked so hard for all this time, I mean, the real story is actually probably pretty boring, right? …We just sat at our computers for six years and coded.”

When asked whether fellow Facebook employees were curious about Fisher’s familial connection to the movie, Fisher replied:

“I’m actually surprised at how often the Jesse/Zuck thing comes up in conversation but I guess it’s a hot topic right now. I have talked with Jesse a lot about the movie and about working at Facebook … it’s an odd duality: he’s impressed I’m working with Mark and I’m impressed he’s playing him.”

Eisenberg himself has previously reassured Zuckerberg about  The Social Network’s reportedly incendiary nature, insisting,“This is not some kind of expose. It’s just an interesting story.”

As is this one. Small world, indeed. 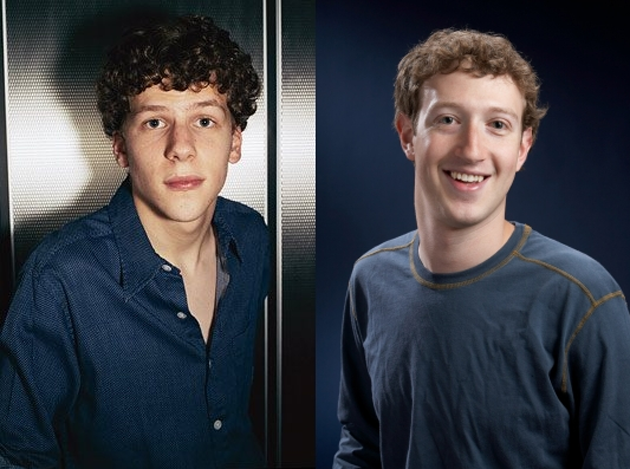