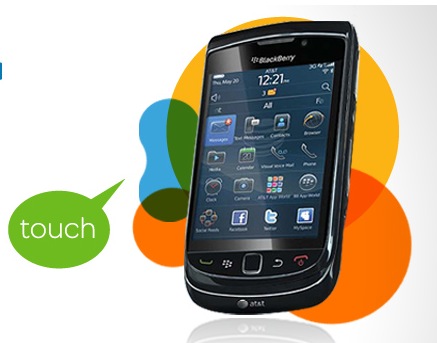 RIM just announced OS 6, a new version of the OS that includes social media management, RSS feed incorporation, and a new Universal Search tool. It also includes a new WebKit browser and revamped UI. The OS will appear on the new Blackberry Torch and then be available for newer Blackberry phones.

RIM Unleashes BlackBerry 6
WATERLOO, ONTARIO–(Marketwire – Aug. 3, 2010) –
Editors Note: A video is included with this press release.
Research In Motion (RIM) (NASDAQ:RIMM)(TSX:RIM) today announced BlackBerry® 6, a new operating system for BlackBerry® smartphones that retains the trusted features that distinguish the BlackBerry brand while delivering a fresh, approachable and engaging experience that is both powerful and easy to use. BlackBerry 6 features a redesigned interface that seamlessly works with a touch screen and trackpad, expanded messaging capabilities that simplify managing social media and RSS feeds, an advanced multimedia experience that rivals the best in the industry, a convenient new Universal Search tool, and a new and efficient WebKit-based browser that renders web pages quickly and beautifully for a great browsing experience.
“BlackBerry 6 is the outcome of RIM’s ongoing passion to deliver a powerful, simplified and optimized user experience for both touch screen and keyboard fans,” said Mike Lazaridis, president and co-ceo, Research In Motion. “Following extensive research and development to address consumer needs and wants, we are delivering a communications, browsing and multimedia experience that we think users will love, and we are thrilled to debut BlackBerry 6 on the amazing new BlackBerry Torch smartphone.”
Visual, Fluid Interface
BlackBerry 6 has been redesigned making it easier and more intuitive, with clean, sleek visuals and natural, fluid navigation. Designed to be both fresh and familiar, the new interface enables a productive, fun and highly satisfying user experience whether using a touch screen or trackpad and keyboard.
BlackBerry 6 offers multiple views that help users better organize their applications and content. Icons are arranged on the Home Screen in 5 customizable views (All, Favorites, Media, Downloads and Frequent) that are navigable with simple swipes. Users can organize where they want their icons to appear, and can add contacts or web page shortcuts directly to the Home Screen.
Also new to BlackBerry 6 are visually-rich, context-sensitive Action Menus. Within a given application, by clicking and holding the trackpad or through an extended touch of the display, users can bring the most common actions or tasks of an application to the surface. In addition, users can seamlessly multitask by holding down the Menu key, which pops up a visual grid of all the applications currently running, so users can instantly switch between applications.
A powerful Universal Search tool is also accessible from the Home Screen. By simply clicking or tapping the Universal Search icon, users can search for any content on their handset, the web or in the new BlackBerry App World™, which is also integral to BlackBerry 6.
Fast Rich Web Browsing
BlackBerry 6 integrates a new and efficient WebKit-based browser that renders web pages (as well as email) quickly and beautifully for a great browsing experience. It features tabs for accessing multiple sites simultaneously, an auto-wrap text zoom feature that can intelligently wrap text in a column while maintaining the placement of a page’s key elements, and pinch to zoom.
Social Feeds and Text Messaging
The new Social Feeds application simplifies the management of social networking and RSS feeds and provides integrated access to the native BlackBerry® Messenger (BBM™), Facebook®, Twitter™, MySpace™, AOL® Instant Messenger™, Google Talk™, Windows Live™ Messenger and Yahoo!® Messenger applications for BlackBerry smartphones. Social Feeds streamlines the user experience, provides an integrated view of friends’ activities across multiple social networks, and lets users post updates across multiple networks simultaneously. Users can also easily add their favorite RSS Feeds from the Social Feeds application or directly from a website while browsing.
RIM’s new Text Messages application also adds exciting new features for users who communicate mostly via SMS and MMS, including the ability for users to now view a conversation in one threaded ‘chat’ as well as share photos, videos and other rich content.
Engaging Multimedia Experience
The multimedia experience in BlackBerry 6 is designed to give users a more engaging and streamlined experience with album art everywhere in the new music and video players. The new BlackBerry® Desktop Software 6 integrates media sync for easily syncing photos and videos as well as iTunes® and Windows Media® Player music with the smartphone*. It also includes Wi-Fi Music Sync, a unique feature that allows users to view their entire iTunes® or Windows Media® Player music libraries from their BlackBerry smartphone, create and edit playlists, as well as select music for download. When in range of their home Wi-Fi network (or via USB), the changes are synced with iTunes® or Windows Media® Player and the songs are automatically downloaded to the smartphone.
BlackBerry 6 also gives users access to a range of camera modes that can help them capture better images. Editing, organizing and sharing shots is amazingly simple, with intuitive options for grouping pictures.
The new Podcasts application makes it easy for users to find and manage audio and video podcasts. Users can view all the podcasts saved on their smartphone, browse a catalogue of podcasts available for download, subscribe to them, and wirelessly download the content directly onto their smartphone. There is also a dedicated YouTube® application, so viewing and sharing videos is easier than ever and users can also easily search for videos using the new Universal Search tool in BlackBerry 6.
Compatibility with Existing BlackBerry Smartphones
BlackBerry 6 will debut on the new BlackBerry® Torch™ smartphone (announced today) available from AT&T on August 12 and it is also designed to run on select BlackBerry smartphones already in market. Subject to carrier certifications in the months ahead, the new OS is expected to be available for the BlackBerry® Bold™ 9700, BlackBerry® Bold™ 9650 and BlackBerry® Pearl™ 3G, as well as future BlackBerry smartphones.