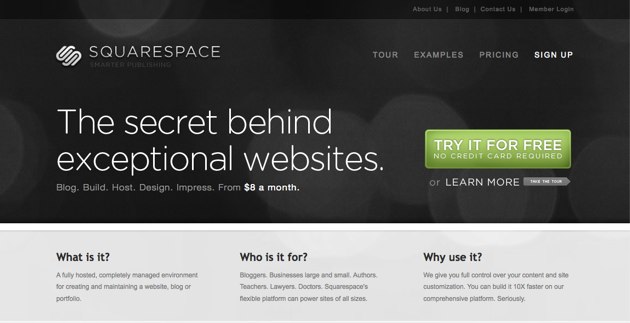 When founder Anthony Casalena first started Squarespace in 2003, he had one investment: $20,000 from his dad. At the time, it was just enough money to get a few servers for his web publishing startup.

Fast forward to 2010, Squarespace has just raised $38.5 million— representing its first round of outside capital. The round, which was announced late Tuesday, is led by Index Ventures and Accel Partners. Under the deal, three new members will join Squarespace’s board: CEO of Getty Images, Jonathan Klein, Accel’s Andrew Braccia, and Index Ventures’ Dominique Vidal. The deal likely values the company north of $100 million.

“Squarespace has been a profitable business since its first year of operation. This investment will not change that, but it will allow us to be much more aggressive in our quest…” Casalena said in a press release.

The service helps individuals and small businesses build and maintain well-designed websites, starting at $8 a month and scaling up to $50 a month. Through Squarespace’s unique platform—the underlying server code was fully written in-house— a user can manage their entire website, including editing, producing content, inserting photo galleries and manipulating widgets for social platform. In the crowded and fragmented space of web publishing, Squarespace will never be the cheapest, even on the enterprise end, but it’s a valuable tool for customers who want a balance of affordability and strong attention to design. 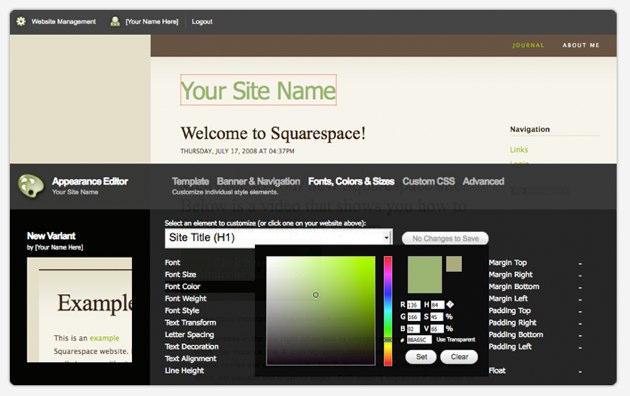 In fact, for the first three years, Casalena was essentially the only full-time employee. He only decided to turn Spacesquare into a full-fledged business in 2007, once it surpassed one million in revenues. Since that turning point, Squarespace has steadily grown. And according to Accel’s Braccia, users and revenues have doubled every year, for the last few years. Meanwhile, there are now 30 employees at its headquarters in NY.

Casalena says Squarespace is now moving into a new phase, which will be defined by how it improves the platform and tackles the fundamental problem of simplifying web publishing. Staying true to that theme, Squarespace is working on major product improvements for the next iteration, version 6, which will likely roll out in 9 months. Although he did not delve into many specifics, Casalena says the next version will create a richer, cleaner and more fluid experience for the designer, especially the layout system which will evolve into a more free form and flexible format.