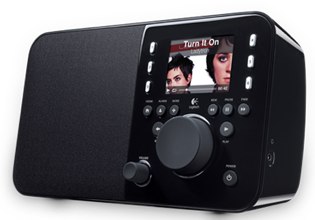 We’ve been following MP3Tunes, an online music locker, since it launched in late 2005. It’s come a long way since then. Today the service has 500,000 users, and has released a variety of new products to help those users get access to their music from almost any Internet connected device.

The core of the service is a music locker. It finds music on your hard drive and then backs it up online over a period of days. You can then log in and stream that music from a browser.

But the service is a lot more interesting than that. It will also sync your music across devices, making sure, for example, that iTunes has the same song library on each of your computers. It will also grab those iTunes playlists and make them available elsewhere as well.

They’ve recently inked a deal with Roku and are in beta. MP3Tunes users can stream music that they previously only had on their hard drive through their television on the Roku device. Logitech has also built MP3Tunes into a variety of devices, including this Wifi Internet radio. More devices are coming shortly, says MP3Tunes.

But the best part of MP3Tunes are the mobile apps. The Android application in particular is extremely useful. If you buy a song on the Android via the built in Amazon store, for example, you can easily upload that song quickly to MP3Tunes, and then have it available on, say your iPhone or iPod touch (as well as your desktop and everywhere else). MP3Tunes is calling the syncing behavior behind these application “Buy Anywhere, Listen Everywhere” – see the video below:

A number of other third parties have built MP3Tunes into their software and devices as well via a robust open API. I’m a big fan of music services on my mobile devices since getting actual song files onto the device is usually cumbersome and requires at least a purchase or a tethering. I use MOG on my android device and am quite happy with it.

But I also like the idea of just having access to my entire music collection – all 60 GB of it – on any device at any time. I’m a long time user of MP3Tunes, and I’ve recently upgraded from the free version to the 100 GB of storage.

Soon we’ll all have a variety of music streaming services to choose from – from Apple and Google’s upcoming products to the MOGs and Spotifys of the world. But all will likely have a hefty monthly subscription fee of $10/month or so for any kind of mobile access. I already have my core music collection on my hard drive, bought and paid for (for the most part). I really don’t see a need to pay $120/year to keep paying for that music. MP3Tunes gives me a viable reason to keep just buying music outright and downloading it.

All this assume, of course, that MP3Tunes wins the longstanding EMI Group lawsuit against them. In the meantime, though, I like the service.