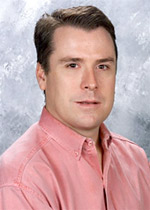 Yahoo just added another former Microsoft executive to its ranks. Bill Shaughnessy, who left Microsoft in during a shakeup in 2008, will join as a senior vice president of product management, reporting to chief product officer Blake Irving, another former Microsoftie who joined last spring. Shaughnessy was a global VP of sales at Microsoft. Now he is moving into product management after taking time off for the past year and a half. He is also an investor and sits on the board of ad-tech startup Mixpo.

Yahoo, under Irving, is rethinking its entire product strategy. Presumably, Shaughnessy will help in that process.

Yahoo, of course, was almost bought by Microsoft, but finally opted for a complex search deal instead. Now, its product strategy is being driven by former Microsoft execs. It will be interesting to see if Yahoo ends up looking more like Microsoft after all.