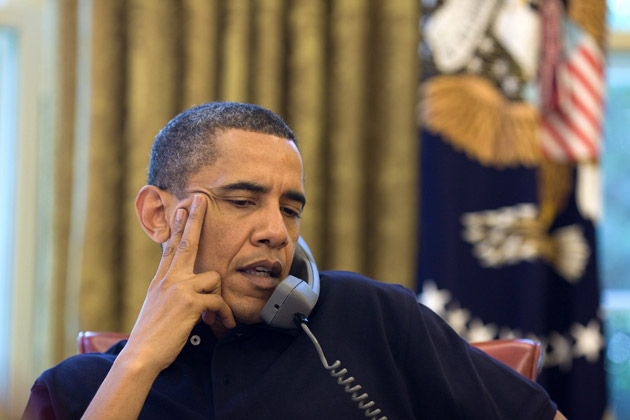 Part of me wishes President Obama would flip that so-called “Internet kill switch.” Imagine: a world without the Internet! That would be grand, indeed. But let’s not indulge in fantasies: there is no such kill switch. Well, there is, but it’s not as if the president is going to say, “I disagree with Nicholas’ opinion of anti-virus protection, I’m going to shut down CrunchGear.”

The deal is that Sen. Joe Liebermann, of Connecticut, has put forward a bill called the Protecting Cyberspace as a National Asset Act of 2010. You can read the whole thing if you wan, but life is entirely too short for that kind of thing. All you need to knows is that the law would replace a law that dates back to the 1930s. That law already gives the president the ability to kill any form of telecommunication! Granted, it has to be in the interest of national security, so we’d have to be staring down the barrel of a Red Dawn (or its lame re-imagining, Modern Warfare 2) scenario for that to happen.

The new law, as it’s currently written, would actually prevent the president and his peeps from directing much of anything. He (and the director of National Center for Cybersecurity and Communications) would have to work with the owners of critical infrastructure to decide on any plan of action in the event of a national security situation.

So if you want to be mad at anything, be made at an 80-year-old law that was developed decades before the Internet was even around.

In closing, if you’d like to see limits placed upon whoever happens to occupy the Oval Office, then you really should have no problem with Liebermann’s bill.

Or, you can take my attitude: whatever happens, happens. Time to pour a nice glass of lemonade on this warm summer day.