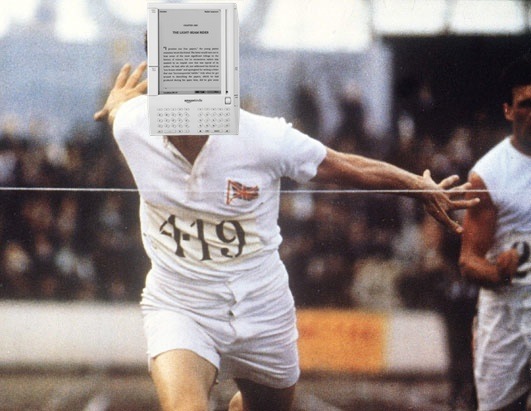 I’ve been thinking this for a long while: Amazon won the ereader war. They were first to market – not officially, but in terms of mindshare, they offer a software package that is compelling on almost every mobile and desktop platform, and they have an entrenched user base already invested in their product. Nothing else comes close. No matter who you are, no matter what you think about ebooks and their future, Amazon owns the mind share – and the market share – and everyone else is doomed. Maybe I’m being a bit overly pessimistic, but I’m trying to make my point abundantly clear: everyone else in this space is playing a distant second to Amazon and its Kindle store.

First, don’t take my word for it. Om made a similar point and even offers a numbered list of reasons why including, but not limited to:

1. The Kindle App has made the Kindle “device” a obsolete for many early adopters.
2. Kindle was first with a popular and interesting solution to ebook reading. Say what you want about Sony and their Reader line: nobody beats the Kiz.
3. It’s all about software now, and Kindle rules the roost.

Ebook readers are on a race to the bottom, just like netbooks. Back when it was just Amazon and Sony, you could sell an ebook reader for $500 or so. Now, with Asian upstarts flooding the market and eink alternatives, including LCD, becoming viable, the ereader as a standalone device is doomed.

This is not to say everyone is going to go to software readers on tablets. Absolutely not. I know for a fact that the publishing industry is entrenched in some form of reader and their IT departments are pushing against the iPad for a number of reasons. However, Kindle makes it easy for folks with significant investments in ebooks, investments that came at the very start of the product cycle, to access everything they’ve purchased over the years. Even the iBook store, for all its promise, is a distant third in this race while the Nook is a slightly less distant second.

They can change prices all they want and by all means if you love your Kindle or Nook or Notion Ink Adam or Jojo, stick with it. There is more than one way to skin a cat. But if I own a publishing company, I’m going to epublish out to Amazon first, then think about everyone else. It just makes sense.