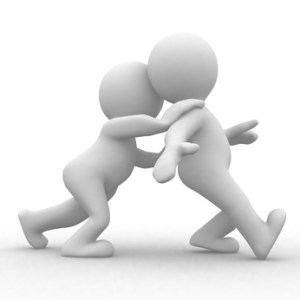 David Park and Eric Bahn are earning more at their startup, called Beat The GMAT, than they ever did in the corporate world. Every penny of profit from the business goes directly into their bank accounts. They enjoy being their own bosses; have become experts in sales, marketing, customer support, computer programming and graphic design; feel good about helping students gain admission to business school; and are grateful that they can spend their time doing things rather than discussing things—because they don’t answer to anyone. Why should they sell their business and be back to working for companies like Intuit or McKinsey & Co., they ask?

Ryan Sit, who runs a website called Picclick.com, feels the same way. His visual sales site attracts 300,000 unique visitors per month and generates millions in product sales for eBay and Etsy sellers—netting him a healthy six-figure income. He works from home and spends as much time as he wants to with his two small children and wife.  Ryan cherishes the freedom to do anything he wants—like experimenting with new website ideas. The last thing he wants to do is to raise capital or merge with a bigger company. “You become a slave when you are funded, and having lots of employees is just a pain”, Ryan says.

What business schools teach, and the conventional wisdom in Silicon Valley, is that a tech startup must have a clearly defined exit strategy and focus all of its energy on reaching this final goal. In other words, entrepreneurship is all about the exit—wealth needs to be built by taking the company public or selling it to a larger player. Before any Angel or VC invests in a business, he evaluates its exit strategies and cross-examines the entrepreneur to make sure that he/she isn’t even thinking of building a “lifestyle business” (the ultimate sin). VCs include terms like “demand registration rights” in their funding contracts. These terms give the right to force a company to go public, in case the founder succumbs to the temptation to live off the profits of the company rather than exit. So growth becomes more important than profit; the destination—an exit—becomes more important than the journey; and the employees are simply a means to an end.

But must this be so?  Technology entrepreneur and strategy consultant Sramana Mitra asks a great question: “What if the idea of exit was removed from the equation… what if the investor and entrepreneur agreed to a different model—the model of sharing dividends”? She says the mathematics is simple: if a $500,000 investment helped in building a $10 million-a-year company with 20% profit year after year—which is entirely possible—angel investors would collect several million dollars in dividends. And entrepreneurs would build companies that they can nurture over a longer period, and “enjoy”.

This makes a lot of sense for many of the entrepreneurs that I know. Yes, some of my friends are highly ambitious and need to try to build a Google or a Zynga. But most will be happy to build a lifestyle business that pays the bills and lets them learn, grow, and “enjoy” the entrepreneurial journey. They would rather build wealth slowly and steadily than live in fear of investors’ forcing them to bring in another CEO, or to take the company down the wrong path. This revealing interview with Tony Hsieh of Zappos shows the pressure that even the most competent company founders face.

Sramana has started a program called 1M/1M—which aims to help 1 million entrepreneurs reach 1 million dollars in revenue by teaching them the fundamentals of bootstrapping, customer validation, and positioning. This is done through a series of online strategy roundtables—a reality show of sorts, where she coaches five entrepreneurs per session, with up to a thousand others listening. And Sramana is trying to persuade Angel investors to look more closely at companies that can be profitable and produce dividends but will never scale to be the next Google

Do all “enjoyable” business have to be small, like the ones that Sramana is nurturing? Certainly not. Take the example of Hannon Hill, which develops a web-content-management system called Cascade Server. David Cummings started the company as an undergrad at Duke in late 2000, and has grown it and the spin-offs to over six million dollars in revenue. It employs 51 people. He says his company has grown every year since inception; he has no co-founders, no investors, and no desire to exit. David is investing a major part of his profits in growth because he sees the potential to build a hundred-million-dollar business.  And he gets to build a company with an “awesome corporate culture”, pay himself a “nice” salary, and work on fun projects.

And then there is SAS Institute, of Cary, NC. Founded by Jim Goodnight and John Sall in 1976, the business-intelligence and customer-relationship-management software company has grown to be a highly profitable $2.3 billion-dollar business. When Jim showed me around his campus a few years ago, he took great pride in the rare artwork that his company had accumulated, as well as the benefits SAS provides its employees—like two on-site childcare centers; an employee-health-care center; wellness programs, which include a 58,000-square-foot recreation and fitness center; “eldercare” programs for parents of employees; and soda fountains and snacks in every break room. No wonder SAS is always rated as one of the best places to work in America. Jim doesn’t have to apologize to anyone for putting the needs and welfare of his employees ahead of profits. In turn, his employees reciprocate with hard work and dedication: SAS’s turnover rates are the lowest in the industry.

I may be glorifying lifestyle businesses a little more than I should. It is never easy to build a profitable business, and there are many risks. Without input from shrewd investors who keep their ears to the ground, a company risks rapid obsolescence. Technology changes very fast, and you can go from boom to bust overnight. If David Park and Eric Bahn were to get a respectable purchase offer from rival GMAT test-prep companies like Kaplan or The Princeton Review, I would advise them to sell. With a few million dollars in the bank, they will have the luxury of starting a new business without fear of having their families suffer in case they fail. They can follow Jim Goodnight’s path when they have financial security.

I also don’t want to discourage entrepreneurs from being ambitious. I say they should shoot for the moon. The point I want to make is that if you build a company with the right values, you are more likely to be successful and enjoy the journey than if you just focus on the exit—and that it is okay to trade a little bit of ambition for happiness.