When David Helgason made his proverbial “trip to the Valley” last year, he wasn’t sure what to expect. Unity had already been around for 4 years and was used by over 10,000 developers. They were on their way to accomplishing their initial goal, which was to “democratize interactive 3D” and were gaining popularity amongst game developers.

Yet, there were many skeptical VC’s. Numerous partners told him that Unity “can’t make money” and that “tools businesses don’t scale or have explosive growth.” This wasn’t particularly new for David – Unity is one of those companies used to adversity. They started development on the Unity platform in 2001 in Copenhagen, and didn’t launch it until a staggering five years later.

Finally, Unity Technologies was launched on-stage at WWDC in 2005, introduced by Apple’s Scott Forstall no less. Unity was sure to be a success. Yet, months passed and almost nobody bought the product. They had no real revenue and had to fire all of their employees due to the lack of sales. Of course, they’ve since retooled and reinvented themselves – and today they are the most widely used platforms in gaming.

Companies as big as EA, Cartoon Network and Disney use Unity to power their 3D games and applications. Their Free Unity Web Player surpassed 30 million total installations. It is the #1 game platform in the world and used by developers everywhere. 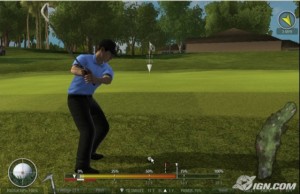 They’ve also added a list of all-star investors. In October, they raised $5.5 million in capital from Sequoia Capital, a former exec from EA and the founder of VMWare.

David excitedly talked to me about Unity’s future. Over the next few years, Unity Technologies is focused on moving from a tools company to a platform. They’re aggressively improving their mobile platform, and will be expanding into Android soon. No matter their future, one thing’s for sure. Unity has transformed the gaming landscape and enabled thousands of developers to leverage 3D technologies into their games. So, on behalf of the game developers out there, Happy 5th Birthday, Unity Technologies.