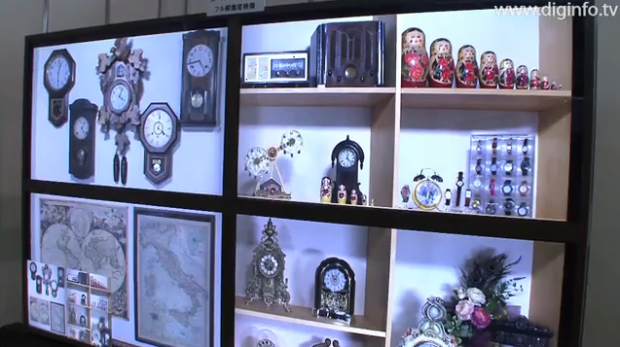 If you ever thought full HD delivers pictures in awesome resolution (1,920×1080), think again. Because Japanese national TV broadcaster NHK is working on a camera and display system that boasts 16 times the resolution of full HD, namely 7,680×4,320 pixels. In other words, the format makes it possible to produce pictures four times as wide and four times as high as full HD.

The so-called Super Hi-Vision standard is nothing new, as it was brought to life by NHK (as an experiment) seven years ago. But it’s very impressive anyway.

NHK’s system, to which Hitachi contributed some pieces of hardware, consists of three main units. Its camera records 8K video with 33MP sensors and then transmits a 90 Gbps signal to the camera control unit. The control unit analyzes the material, boosts image quality and then sends the images to a total of four tiled full HD screens, which display video in glorious 7,680×4,320 resolution.

NHK demonstrated various prototypes over the years. Watch how the system currently works and looks like in the video embedded below.
[youtube=http://www.youtube.com/watch?v=BgsERKX1bfw&w=640&h=385]