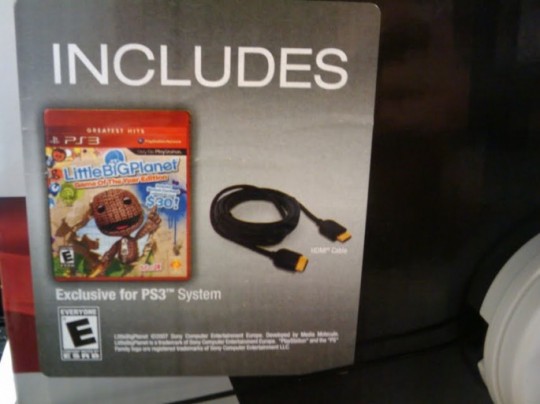 There is nothing worse then getting home after buying a PS3 – for use as a Blu-ray – and realizing no one told you the box comes missing one important item. If this happened to you, then you know how it felt to watch a Blu-ray through component because Sony decided to skip out on the HDMI cable.

Worry no more, at least for a limited time, for Sony has decided that during Father’s Day they would be kind to daddy and include an HDMI cable for free. While it’s not the most extravagant thing Sony has done, if you’ve been waiting to get a PS3, now might be the time.