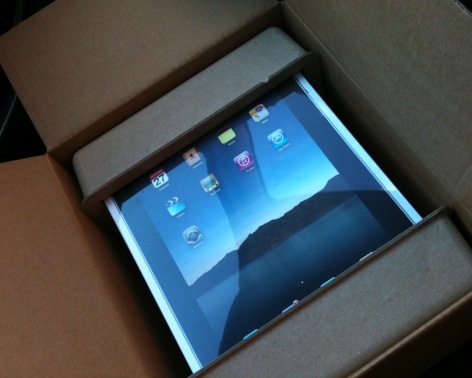 Apple has just announced that sales of its tablet computer iPad have now topped two million in less than 60 days since its launch on April 3. That’s a whole lot of iPads in under two months, and the company only started shipping units to customers in countries outside the United States last weekend.

The news comes almost a month after Apple announced that it had sold 1 million units.

And they’re still clinging on to the ‘magic’ rhetoric, apparently:

“Customers around the world are experiencing the magic of iPad, and seem to be loving it as much as we do,” said Steve Jobs, Apple’s CEO. “We appreciate their patience, and are working hard to build enough iPads for everyone.”

Apple in a statement said developers have created over 5,000 new apps for iPad to date.

In a week, Jobs will be front and center at Apple’s Worldwide Developer’s Conference in San Francisco – the man’s keynote starts on Monday 7 June at 10 AM PST.