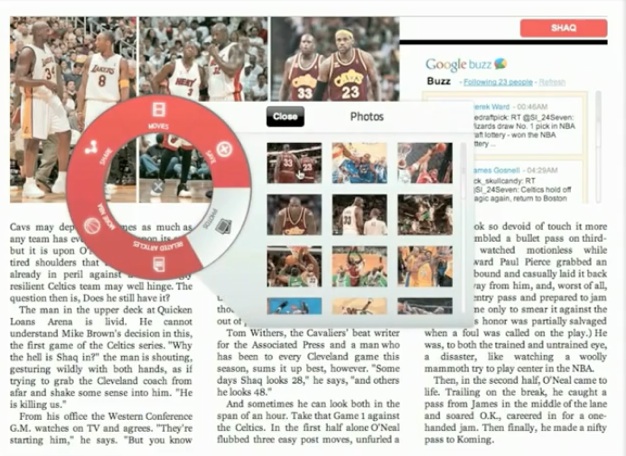 Today at Google I/O , Sports Illustrated editor Terry McDonell took the stage to show off a version of the magazine in HTML5. It looked pretty much like SI‘s tablet prototype he showed me last December, except it isn’t an app. It’s all in the browser, with great fonts, big photos, videos, drag-and-drop capability, search, and all the rest.

The snapshot above shows a pop-up navigation circle which lets you do different things with the page such as share it via Twitter, Facebook, or email, and dive into related photos or videos. McDonell also demonstrated how you can drag stories around in the table of contents to rearrange their order, just like in the tablet app. Pages can have not only photos, but embedded videos, which can be saved for later viewing. There is even a little Google Buzz widget which shows what people are saying about the story or the people in it.

These prototypes point to a more Web-friendly future for magazines, where they can have much of the graphic and interactive richness of an app right on the good ol’ Web. It’s not quite to the point of an iPad app just yet, but it will get there. I’ve seen the exact same tablet app, and it is not much different. And after all, stories in an iPad app don’t show up in Google search. HTML5 magazines are much less likely to become tomorrow’s CD-ROMS than tablet apps.

Update: Below is a video of the prototype demo, along with an earlier video I took of what the same app looks like on a tablet and some screenshots: 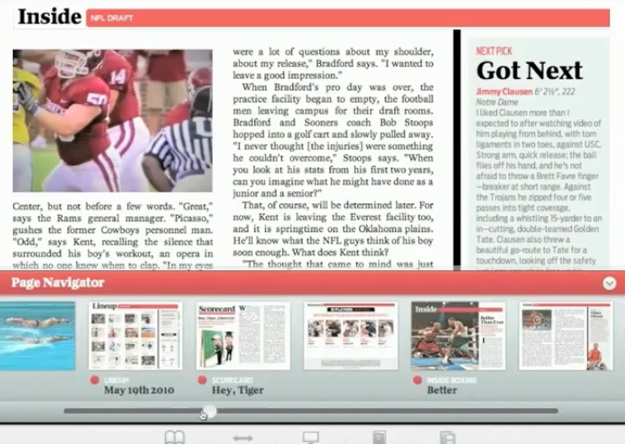 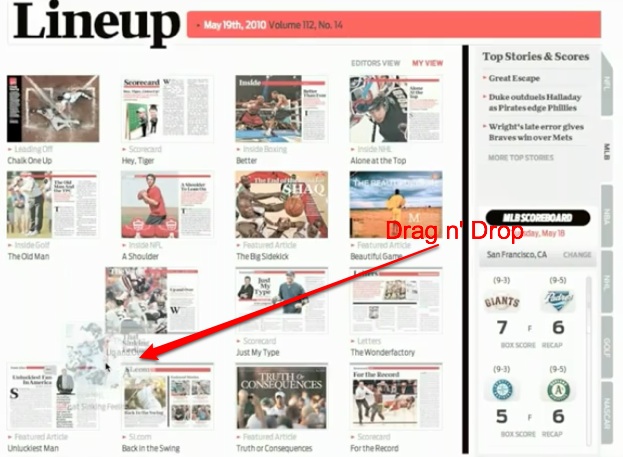