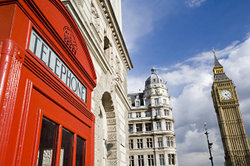 Mayor of London and Top Gear slowpoke Boris Johnson is trying to make London one of the most wired cities, just in time for the Olympics. During a recent conference, Johnson announced a plan to install wifi hotspots in “every lampost and bus stop.”

The project, called “Wireless London” is part of Johnson’s attempt to make London the technological center of the world. It makes sense to do this, particularly with the 2012 Olympics coming and giving London a chance to really show off how progressive they are. Currently, there’s no word on how fast the connection will be, or how much it will cost to use. It is an idea who’s time has come, and I hope that there are more cities that run with the same idea.