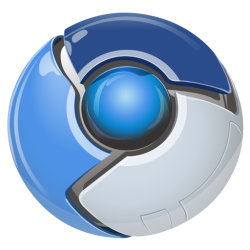 Potentially big news in the world of open source software, friends. Apparently Ubuntu, the most popular Linux distribution, is considering dropping Firefox for Chrome. Well, maybe for Chrome, or maybe for Chromium, the open source project that Chrome is based upon. Therein lies the rub, I do believe.

What’s going on is that Ubergizmo, a fine site, hears that Canonical (the company behind Ubuntu) is considering adding Chrome (or Chromium—more on that in a second) to Ubuntu Linux Netbook Remix, the next big release of which is due this autumn. What a terribly constructed sentence. Exactly why they’d replace Firefox with Chrome or Chromium isn’t known, but presumably they feel that the new browser on the block performs better on the average netbook than Firefox. No one would be inaccurate in calling Firefox a bit of a memory hog at times. I wouldn’t touch a netbook with a 10-foot pole—netbooks may also be dying, so this may all be moot sooner rather than later—so I have no idea if that’s true or not, that Chrome or Chromium out-performs Firefox on netbooks. I have no horse in that race, as it were.

Yet there’s confusion as to whether Ubuntu would use Chrome or Chromium. You normally want your free and open-source (FOSS) operating systems to come with FOSS software, something that Chrome is not.

Wikipedia explains the difference between Chrome and Chromium:

Chromium is the name given to the open source project and the browser source code released and maintained by the Chromium Project. It is possible to install the latest snapshots for Windows or download the source code and build it in Windows, Linux or Mac. Google takes this source code and adds on the Google name and logo, an auto-updater system called GoogleUpdate, an opt-in option for users to send Google their usage statistics and crash reports as well as RLZ-tracking which transmits information in encoded form to Google, for example, when and where Chrome has been downloaded.

Sounds to me like you’d want to install Chromium and not Chrome—who wants all that extra Google junk?—but that’s just me. But considering that Ubuntu already ships with proprietary software (Flash, certain drivers, etc.) I don’t know if the Chrome/Chromium split will be any sort of issue for Canonical.

Where this leaves Firefox is anyone’s guess. I mean, it could be that this was just a juicy rumor for a lazy Friday afternoon and nothing more, in which case I would have just wasted several minutes of your time.

Or, it could be a sign that people are starting to feel less, um, “loyalty” to Firefox. Who knows?