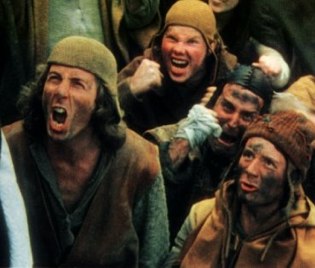 Friday is Facebook CEO Mark Zuckerberg’s 26th birthday. My guess is he won’t be enjoying it as much as he should, given that the top tech story of the day is a look at a private instant message exchange he supposedly had six or seven years ago at Harvard. The messages show a callous disregard for personal information added by early Facebook users. Given that Facebook is in one of its regularly scheduled privacy scuffles right now, the connection is just too juicy. The press has gone wild.

It’s completely out of hand, and it’s just another example of an online mob getting out of control. I’m embarrassed to see people I respect stopping one step short of calling for physical violence against Zuckerberg. And they certainly aren’t stopping short of calling him every nasty thing they can think of. The Huffington Post actually compared Facebook’s privacy issues to the BP oil spill. Shameful.

But what Mark Zuckerberg said or didn’t say six years ago isn’t relevant to anything. It isn’t an indication of his character, or how he views privacy today. It’s nothing, a snip of a private conversation without context and certainly without the benefit of knowing more about him as a person.

Six years ago Zuckerberg had no idea what Facebook would become, or how much he’d have to change and mature to handle it. He’s the CEO of one of the most powerful corporations on the planet. He is leading a team that is recreating and redefining our culture as a society.

And frankly, none of what Facebook is doing privacy-wise should be a surprise to anyone. At a high level anyway. Facebook is trying to invent, on the fly, an entirely new way of organizing the Internet. 500 million people a month visit the site. They can’t do anything at all without angering some portion of them. And since the service is growing and evolving so fast there’s no way change won’t happen.

These uproars have been happening since we first started covering Facebook in 2005. At first it was college students enraged that high school students were being let in. Then they were enraged that everyone else was let in. And so on.

In ten years, or less, Facebook will have found its way for the long term. Change will come much more slowly then. And frankly it’ll be boring. We’ll look back to 2005-2010 as the roller coaster ride that it is. We’re lucky to be part of it. The Age of Facebook is just beginning, and we have front row seats to the show.

Facebook will probably change some of the ways that they handle privacy to at least make it easier to understand what’s going on. And they may communicate to users in a way that pacifies them instead of enrages them. The media will always be there to fan the flames. But let’s at least take a step back and put a little perspective on who Mark Zuckerberg is today. Who he was in 2004 is far less interesting.

And please don’t accuse us of being Facebook fanboys. We call them out regularly, from the financial ties to Scamville to major security breaches like the recent Facebook Chat issue. And don’t even get me started on the Holocaust denial stuff. In the past Facebook has threatened to cut off all communication with us over their perception of our overly negative coverage, in fact. We call it like we see it. And in this case, the attacks on Zuckerberg are way out of line.