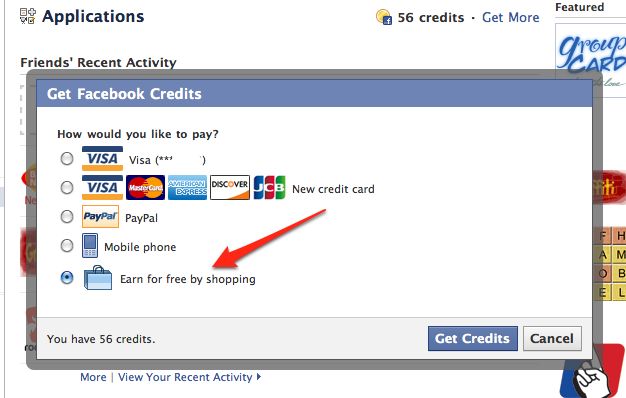 Last month, Facebook started experimenting with a new payment option for a select handful of game developers: it began supporting Offers as a way to earn its virtual currency, Facebook Credits. Now, the site is beginning to expand that test — this morning I noticed that clicking the ‘Get More Credits’ link at the top of Facebook’s application page showed me a new option: “Earn for free by shopping”. Selecting that displays 38 different offers through a partnership with offer provider TrialPay.

In other words, Facebook is no longer restricting its Offers experiment to just games. We’ve confirmed that Facebook is currently testing this broader implementation of Offers, though it is currently only being shown to some users.

But Offers have also been a touchy subject for Facebook. Facebook is only now entering the arena itself, but Offers have long been available through an array of third parties, some of whom were tempting users with scammy deals from less-than-reputable sources. The problem reached a head during our 20+ post series on Scamville. Since then Facebook has cracked down on the bad players and the big names have cleaned up their act.

There’s too much money on the table for Facebook to ban Offers entirely, which is why the company is working with TrialPay and Peanut Labs to only promote its own line of officially-sanctioned promotions, all of which are from trusted brands. 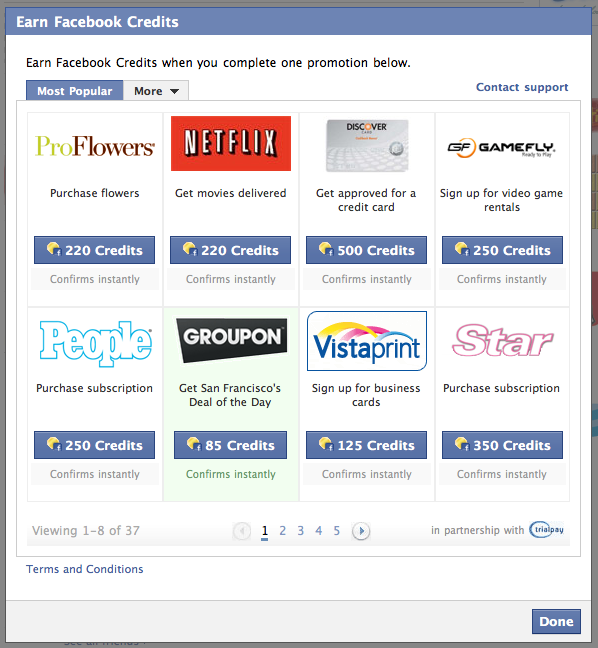