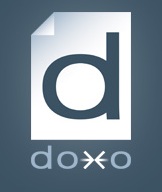 Paperless billing is the digital future that never quite fully arrives. Even among people who otherwise embrace the digital lifestyle, and pay their bills electronically, many find it difficult to give up on the paper statement. They feel they need it for their financial records or it serves as a physical reminder to pay the bill. And meanwhile, businesses are stuck sending out paper bills every month which on average cost $10 per customer per year.

Stealthy Seattle startup Doxo is working on a way to increase the adoption of paperless billing. The company raised $5.25 million in a series A last November, which included the conversion of shares from a previous seed round. The round was led by Mohr Davidow, and Amazon CEO Jeff Bezos also invested through his personal investment vehicle Bezos Expeditions.

The founding team (CEO Steve Shivers, VP Biz Dev Roger Parks, and VP Technology Mark Goris) comes from mobile payments platform QPass, which was sold to Amdocs in 2006 for $275 million. Doxos is working with private beta customers and aims to launch publicly later this year. Shivers is shy on details of exactly what the Doxos product looks like, but from our conversation earlier today I gather that it is a single-sign on system where consumers will be able to manage and store all of their paperless records.

Doxo is a cloud-based service which works in tandem with existing paperless billing systems, but aims to be much simpler and appealing for consumers. It will be a single place where all your most critical transactional records (bills, statements, explanation of benefits) will be stored on your behalf. And you can be notified any number of ways, via email, mobile apps, SMS, and so on. Shivers estimates that businesses spend $35 billion a year sending out these types of paper statements and bills. He thinks he can get a lot more people to turn off their paper mail and help businesses save some of that money.