Why are you reading TechCrunch, or anything online, for that matter? We know it’s not because of flashing banner ads. And so do all the online publishers.  Now that online advertising has failed to print money the way people hoped it might a decade ago, large content owners such as AOL and Yahoo are focusing on how to make more of what people actually want to read. AOL, in particular, is reinventing itself under CEO Tim Armstrong as a Time Inc. for the 21st Century. AOL employs thousands of journalists and is hiring hundreds more to help expand its local content. So we’re thrilled to announce Armstrong will be speaking at Disrupt, our conference on media and technology taking place May 24-26 in New York City.

We’ve got a lot going on at Disrupt. Here at TC offices in Palo Alto, we’ve been meeting with the cool startups all morning who will be launching new products for the iPad, consumer Web and more at our Startup Battlefield. We also recently announced a Hack Day, an overnight marathon of creative weirdness led by a team of ace hacks.

Disrupt’s early-bird rate is still good. Get your tickets here.

As for speakers, we’ve got an impressive slate lined up to talk about what’s new in content creation, distribution, and monetization in the media industries undergoing major changes right now. We’re delighted Armstrong is coming by to talk about how one of the original Web biggies is evolving. Also speaking about the evolution of news will be Huffington Post CEO Eric Hippeau and ngmoco CEO Neil Young will address how gaming has gone from dedicated consoles to general-purpose iPhones.

Many sponsors are helping us make Disrupt happen. In addition to those previously announced, we’re happy to be working with Flybridge Capital Partners, MailChimp and Facebook as partners. Product sponsors include Silicon Valley Bank, Lowenstein Sandler and Eventbrite. But wait! There’s more! Sponsors also include DESIGN about TOWN, WizeHive, Virgin America, and Buildasign.com.

Check out these links for more info on becoming a partner sponsor, or on exhibiting. If you’re a startup, you may want to join our Startup Alley for early-stagers. 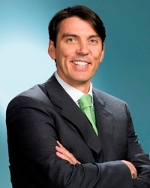 Tim Armstrong
CEO, AOL
Tim Armstrong was appointed CEO and Chairman of AOL in March 2009. Before becoming the CEO of AOL, Armstrong presided over Google’s North American and Latin American advertising sales and operations teams. His team provided customers with local partnerships as well as centralized sales and services. They worked with some of the world’s most widely recognized brands and advertising agencies in addition to some of the fastest growing medium-sized companies. Armstrong joined Google from Snowball.com, where he was vice president of sales and strategic partnerships. Prior to his role at Snowball.com, he served as director of integrated sales & marketing at Starwave’s and Disney’s ABC/ESPN Internet Ventures, working across the companies’ Internet, TV, radio, and print properties. He started his career by co-founding and running a newspaper based in Boston, MA, before joining IDG to launch their first consumer Internet magazine, I-Way. Armstrong is an investor in Patch and sits on the boards of the Interactive Advertising Bureau (IAB), the Advertising Council, and the Advertising Research Foundation.

Eric Hippeau
CEO, Huffington Post
Eric Hippeau is CEO of the Huffington Post, a leading news and opinion site which in four years has become an influential media brand — “The Internet Newspaper.” Hippeau joined HuffPost in June 2009. Prior, Hippeau was managing partner at Softbank Capital, a New York and Boston-based venture capital fund specializing in early stage investments in technology and digital media. Hippeau joined Softbank Capital in 2000 from Ziff-Davis, Inc., where he was Chairman and CEO. During his career at Ziff-Davis, Hippeau was early to recognize the growth potential of online media. Under his stewardship, ZDNet became one of the few successful examples of a strong online business model evolving from traditional magazine content, and he was instrumental in SoftBank’s first investment in Yahoo! in 1995. Hippeau was also responsible for founding ZDTV, a cable channel dedicated to technology and the Internet. Hippeau serves on the boards of several public and private companies, including Yahoo!, Starwood Hotels and Resorts Worldwide, Thumbplay, The Huffington Post, and BuddyMedia, He is also on the investment committee for the SB Asia Infrastructure Fund. Hippeau graduated from the Lycee Francais de Londres and attended the Sorbonne University.

Neil Young
CEO, ngmoco
Neil Young is the founder and CEO of iPhone-game maker ngmoco, which he started in June of 2008. Young started the company after 11 years working at Electronic Arts, most recently as the Group General Manager of the EA|Blueprint Studio group that included Maxis (creators of Spore™ & The Sims™) and EA’s collaborative partnership with Steven Spielberg. Neil joined Electronic Arts in 1997 as the General Manager of EA’s Origin Systems subsidiary, where he supervised the launch of the world’s first Massively Multiplayer Online Role-Playing game, UltimaOnline™. Prior to EA/Blueprint, Neil served both as Vice President and General Manager of EA Los Angeles (EALA) and EA Maxis, where he oversaw all aspects of the studios responsible for the blockbuster franchises Medal of Honor™, Command &Conquer™, The Lord of the Rings™ & The Sims™. In 2002 and 2003, Young also led the development of the first The Lord of the Rings games at EA Redwood Shores – The Lord of the Rings™: The Two Towers™ and The Lord of the Rings™: The Return of the King™. In addition to his other producing and management credits, he was also the creator and driving force behind Majestic™, the first Alternate Reality Game (ARG) and a pioneering internet experience that blurred the line between fiction and reality by engaging players through non-traditional gaming media.