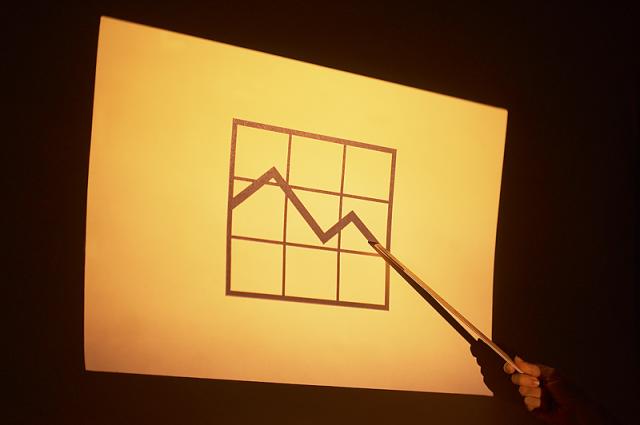 While researching my latest book, Viral Loop, an in-depth look at how companies like Facebook, Twitter, Flickr, Skype and others grew so big so fast, it occurred to me that each of them was founded when the economy was flat, bad, or worse, in recession. I suppose that describes virtually any company founded since the dot com bust, but what’s interesting is that it also characterizes some of the most successful companies in history, some that trace their roots back more than a century.

Since 1851, the US economy has been in periods of contraction roughly one-third of the time, yet sixteen of the blue-chip companies that comprise the Dow 30 were founded during recessions and almost 60% of Fortune 500 companies began business in a bear market, according to a June 2009 report from the Ewing Marion Kauffman Foundation. Proctor & Gamble survived the panic of 1837, then the worst recession in our young nation’s history, while General Electric came out of the economic chaos of 1872 and Hewlett Packard was born in the Great Depression. McDonald’s fried its first french fry just before the onset of World War II. Charles Schwab sprouted out of the early 1970s as rampant inflation threatened to get out of control.

Of course, there are many more. Home Depot, Microsoft and Apple emerged from the depressive Carter Administration when stagflation choked the American economy. Verizon (originally Bell Atlantic), Adobe, Compaq, Lotus, Silicon Graphics to Sun, withstood the recession of 1982. And as I noted above the dot com bust of 2000-2001 didn’t prevent MySpace, Facebook, Twitter, and a host of other social media companies to achieve billion-dollar valuations in the span of a few years.

Why, though? After all, venture capital investment dips dramatically when the economy hits rough patches, which means there’s much less money available for startups. In 2000, the high point, investors anteed up more than $100 billion into startups. By 2008, that number had dropped by almost three-fourths to $27 billion, and in 2009 it plummeted to less than $20 billion, about the same level as 1998. Nevertheless it appears that money is spent more wisely. Dot com excesses—startups with scant business plans and which spent millions on forgettable Super Bowl ads —were borne of cheap money (insert usual snide reference to pets.com). When the economy is tight, however, investors gravitate to companies with well-articulated revenue plans.

This hasn’t been lost on some entrepreneurs. When Amit Chatterjee approached venture capital firm Kleiner Perkins in late 2007, the economy was limping along with a growth rate of 0.6 percent, capping its worst year in half a decade. But Chatterjee, who was trying to get his green startup off the ground, wasn’t fazed. In fact, he was encouraged. Because he knew that when the economy is at its worst is often the best time to start a company. Chatterjee says he even trumpeted this in his pitch to Kleiner. What’s more, he told the VCs it could very well work to their benefit.

“We were built to survive a recession while guys funded during the up market weren’t,” Chatterjee says, “Venture capitalists gave us extra due diligence and we had to be singularly focused on providing value to customers.” His company, Hara, based in Redwood City, CA, provides environmental and energy management software and support for businesses intent on lowering their carbon footprint and energy consumption. In business for a little more than a year, Chaterjee counts Coca-Cola, News Corp., Aerojet, Intuit and the City of Palo Alto as customers.

Businesses like Hara are able to parry the economic forces arrayed against them and turn them into advantages. It’s not one big thing. It’s a lot of little things that add up. Higher unemployment means it’s cheaper to attract and retain top talent. Office rents are lower, which lessens overhead, and suppliers can be squeezed. Management is freed from a steady parade of analysis calls and reporter interviews to focus singularly on their customers, core products and revenue generation. Investment money is used more efficiently; there’s much more of emphasis on operating lean and mean. And there are other benefits. Job creation in startups founded during shaky economic periods is “less volatile and sensitive to downturns than job creation in the entire economy,” the Kaufman report states.

While it’s true that many of the approximately half a million new startups founded between 2008 and 2009 will ultimately fail, it’s equally true that another generation of great high-growth companies will not only emerge from the recent economic meltdown, but perhaps, in some part, because of it.

But you’d better get started. The economy may be recovering.

Adam L. Penenberg is author of Viral Loop: From Facebook to Twitter, How Today’s Smartest Businesses Grow Themselves and a journalism professor at the Arthur L. Carter Journalism Institute at New York University.