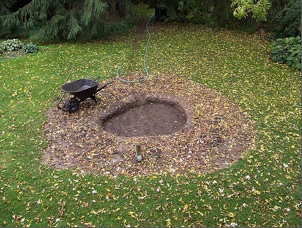 That didn’t take long. Two days ago, well known VC (and early Twitter investor) Fred Wilson wrote a post telling Twitter startups to stop filling holes in Twitter’s products and to instead look to launch killer apps that start entirely new businesses. That led some third party developers to question if Wilson was hinting that Twitter may start filling in these holes itself, displacing third party apps with official ones (he later said that while he was on the Twitter board, he didn’t know their plans). It looks like the concerned developers may have been right: today, Twitter has announced the launch of the “Official Twitter for BlackBerry App”, which can be downloaded at blackberry.com/twitter.

Now, we’ve known that this application was coming for a long time — we gave out beta keys and reviewed it in Feburary. But looking back, all of the language around this was that it was RIM’s application — RIM was the one pitching us on the news, and there wasn’t any mention that this was endorsed by Twitter. That’s no longer the case. In its blog post, Twitter says that it has been “working closely with RIM to deliver the official Twitter app…”.

This is important, because Twitter has long thrived on its developer community. Third party applications like Tweetie, Seesmic, TweetDeck, Twitterific, and many, many others have brought the service to the desktop and mobile platforms. And myriad Twitter-oriented image and link shortening services have taken off as well. If Twitter is going to start endorsing offical versions of these applications, you can expect some signficant backlash. Other BlackBerry Twitter apps included UberTwitter and Seesmic.

We’ve reached out to Twitter to ask if they have plans to endorse applications on other platforms. 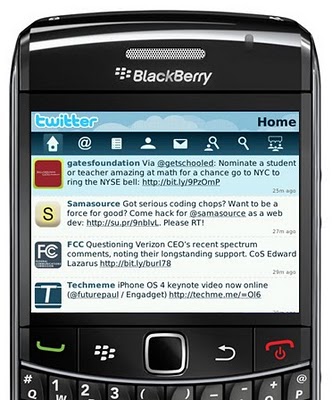