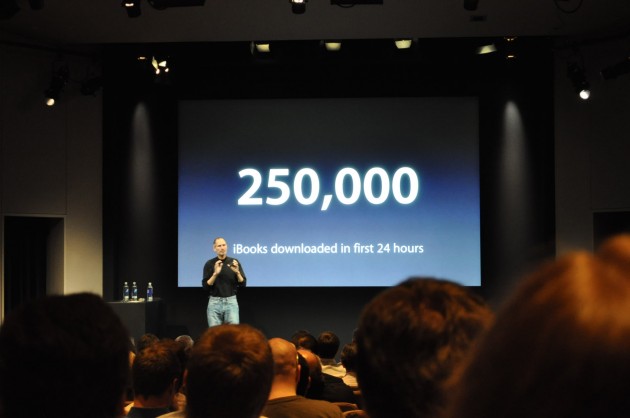 This morning at its iPhone OS 4.0 event, Apple CEO Steve Jobs announced some of the latest iPad-related stats: Apple has sold 450,000 iPads so far, 350,000 of which were sold on launch day (there’s a minor discrepancy here as Apple had previously announced it sold 300,00 on launch day). 600,000 iBooks have been downloaded so far, 250,000 of which were downloaded on day one.

Jobs also gave the latest figures on devices using the iPhone OS platform, and they’re extremely impressive: Apple has sold 50 million iPhones, and 35 million iPod Touches, bringing the total number of devices running on the platform to 85 million. There are now 185,000 applications on the app store, which have been downloaded 4 Billion times.