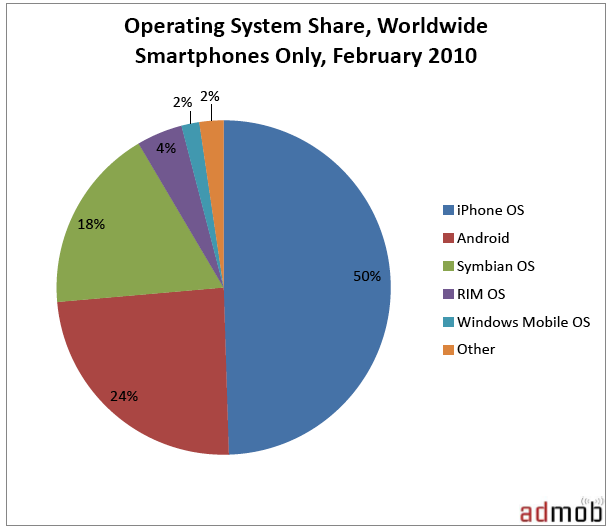 Symbian is the big loser: while it accounted for 43% of AdMob’s smartphone requests in February 2009, it only reached a 18% share last month.

AdMob also says Mobile Internet devices experienced the strongest growth compared to feature phones and smartphones, increasing to account for 17 percent of traffic in its network in February 2010. The iPod touch is the top mobile Internet device and is said to be responsible for a vast majority of this traffic; other devices include the Sony PSP and Nintendo DSi.

For your reference: AdMob considers a smartphone to run an identifiable OS, a feature phone to be a mobile phone that does not fit into the smartphone category, and a mobile Internet device to be a handheld device that connects to the mobile Web but is not a phone.

Other highlights from the February 2010 AdMob Mobile Metrics Report (PDF):