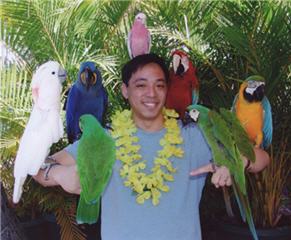 Yishan Wong, who has played a key role in growing Facebook into the social networking juggernaut it is today, is leaving the company, we’ve learned and confirmed with a Facebook spokesperson.

People come and go all the time of course, but Wong’s departure is noteworthy because he has managed quite some important engineering projects at Facebook over the past few years.

Wong joined Facebook in late 2005 as a software engineer after a prior 4.5 year stint as senior engineering director at PayPal.

As he once wrote on his personal website, the engineering department back then was only 30 people strong (there are several hundreds now), and Wong worked his way up to Director of Engineering until voluntarily scaling back a bit last year.

Wong played an instrumental role in Facebook’s (frequently lauded) internationalization efforts – he came up with the idea for crowd-sourcing translations and is credited as an inventor on multiple patents related to those initiatives. As Director of Engineering, he also oversaw the Ads and Payments teams, where the self-serve ads system that makes Facebook so much money today was built – though the ill-fated Beacon project was also developed on his watch.

Furthermore, the Platform team and what one would now refer to as the Applications team (photos, events, groups, notes, inbox, chat, etc.) also reported to Wong for some time, and he spent a lot of his time assisting in the recruitment of people (he’s the original author of Facebook Puzzles, for example) and mentoring new managers who joined the company over the years. Most recently, he was involved on mobile-related developments at Facebook, including the Location efforts that are currently in the works.

So why is Wong leaving and what’s next?

From what we can gather, this particular departure involves not an ounce of drama (regretful, we know) and although he’s been with the company for quite some time he’ll be mostly missed over there for the stuff he’s done in the past and his personality. Today is his last day at the office, and we hear he’ll be working on a project of his own for the foreseeable future.