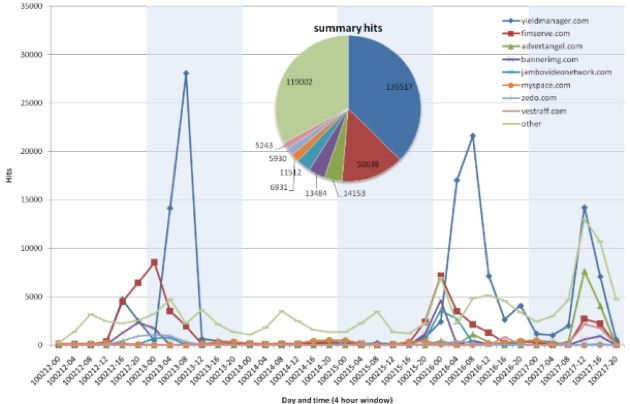 haha. not really. Or at least it was a response to a different story.

Smith said that in response to another article where malware popped up on TechCrunch via an ad network. He likely said it after checking that we don’t serve Yahoo ads. He was in the clear. And yes, I made a mental note about it at the time.

Yahoo’s actual response now that they are sending the malware directly: “We have identified the creatives in question and are working to make sure they been deactivated in our system,”.

Why is Google way down on the list of bad guys in serving Malware? “”The Google portion of JS:Prontexi is quite small and has gotten visibly even smaller as they have taken steps to improve the situation,” Sejtko said. “That is not the case with Yahoo and Fox.””

Yahoo’s attitude seems to have remained the same from the first article to the second – this is the publisher’s issue, not theirs, and they have apparently been ignoring the problem. I think it would have been so much more fun if they just trashed their entire publisher network instead and gave the old Bennie Smith quote again today.

But the fact is that there is a trust relationship between a publisher and an ad network. There is little a publisher can do to stop malware once it hits the ad network. The fact that some of this stuff hits Google.com and Yahoo.com and other major sites with thousands of employees illustrates this perfectly. Malware must be stopped at the Ad Network, and it’s a relatively simple thing to do at that stage. Unless you’re Yahoo, I guess.