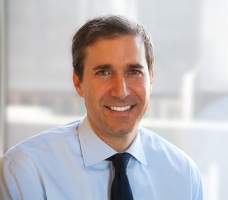 Steve Riggio has signed off as CEO of bookseller Barnes & Noble to become the company’s Vice Chairman. Replacing him at the helm will be William Lynch, who has heaps of experience in e-commerce under his belt and was previously President of B&N’s main website (bn.com).

William Lynch joined Barnes & Noble in February 2009 as President of Barnes & Noble.com and has been responsible for the company’s core online business since then. Lynch launched the company’s digital commerce platform as well as the nook, Barnes & Nobles’ eBook Reader. You know, the device that won the Best New Gadget Award 2009 at the recent Crunchies show (and boy, do they know how to show off their pride properly).

Prior to Barnes & Noble, Lynch was Executive Vice President of Marketing and General Manager of HSN.com. From 2004 to 2008, he was CEO of IAC subsidiary Gifts.com, which he co-founded.

From 2000 to 2004, he was VP and General Manager, E-Commerce, for Palm., where he oversaw all of the company’s Web properties, including Palm.com, the Palm Online Store, the Palm Software Connection and the Palm.Net wireless ISP.

In short: he’s all about digital, baby.