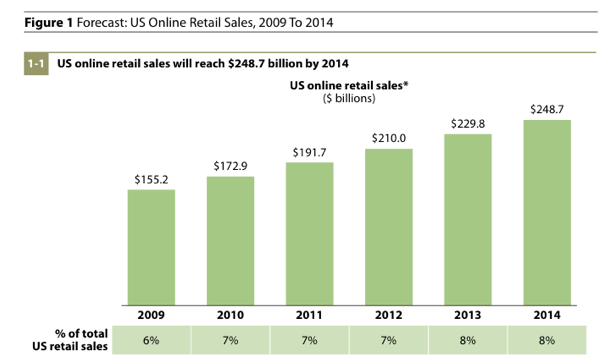 Some other stats from the U.S. forecast:

Yet there is a lot of room for improvement in helping consumers go from doing online research to in-store purchases. Only 61 percent of consumers who cross over from one to the other are satisfied with their buying experience, compared to 82 percent for those who end up buying online. Forrester draws the lesson that retailers need to do a better job appealing to online consumers in their physical stores. I come to a different conclusion: avoid going to real stores and buy online whenever you can. You will be happier. 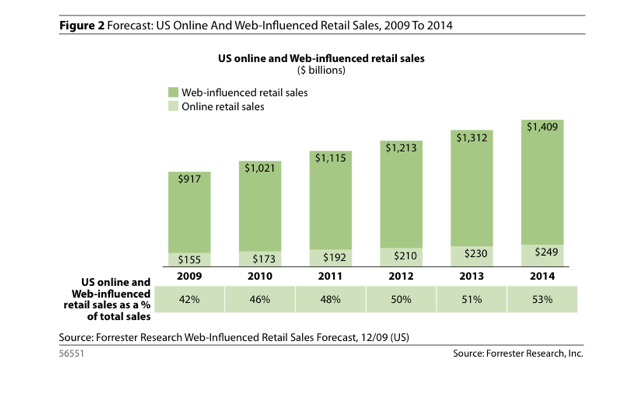