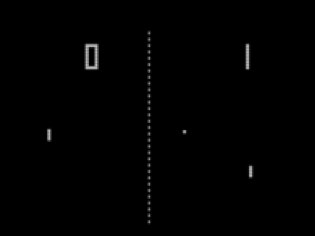 Around 1976, when I was a very young lad, I somehow convinced my parents to spring for a home version of the most cutting edge consumer video game available at the time – Pong. I fondly remember sitting in the living room and playing that game for tens of hours. My parents actually thought it was fun, too. And so did the neighbors, who all stopped by to try it out. Pong was a genuinely new and totally fun social thing. And it sure beat playing Monopoly.

Video games have evolved, but I’ve never quite had that Pong moment again. Until yesterday, that is, when I visited Microsoft and had a chance to try out Project Natal, an add-on device for Xbox that lets users control games by simply moving their body. Just like real life.

I assumed Natal would be a lot like the Wii, which uses motion sensors in handheld devices to control gameplay. But the experience is totally different. Natal allows for extremely nuanced movements, even determining via algorithms what you are doing with body parts the camera can’t see (like when your hands go behind your back). And for anyone who’s accidentally and painfully hit a wall or a window playing a strenuous game of Wii Tennis: Natal avoids this problem by keeping you in a zone where your movements are tracked. You just naturally gravitate to the center of the room where your movements get picked up.

The game I and others were playing was called Ricochet. You see the back of your blue avatar on the screen (similar to first person shooters). You hit red balls against a group of targets in front of a wall. You can hit the balls, which bounce back towards you after hitting the wall, with your hands or any other body part. Headers, kicks, knees, whatever. You get points for speed and accuracy. You can see a video of Ricochet here.

Ricochet is a lot like Pong actually. Not much to it.

But it was so damn fun.

After I played a game and others took their turn I looked around. Everyone was smiling, and laughing, just like the neighbors back in 1976 while watching us play Pong. And the Microsoft employees were carefully watching us smiling. They looked like they’d seen that reaction before. Forbes Quentin Hardy, sitting next to me, drew the analogy to Pong (and then wrote about it). I wholeheartedly agree. There’s something very special about Natal that goes way beyond what Nintendo did with the Wii. I can’t wait to get my hands on one later this year.