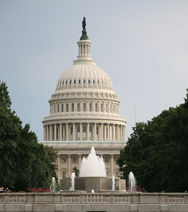 Today, Google is testifying in front of the Senate Judiciary Subcommittee on Human Rights and the Law to address internet freedom and censorship, particularly calling attention to the recent security and censorship issues in both China and Iran. Google’s Deputy General Counsel Nicole Wong is presenting testimony on behalf of the search giant, which we’ve embedded below.

Much of the testimony outlines the background on what happened in the China security breach, where the Gmail accounts of human rights activists were breached by hackers in China. The attacks were systematic and also extended to 20 other companies, including Intel. Google is unwilling to shed light on who initiated the attacks because the investigation is ongoing.

You can watch the hearing live here.