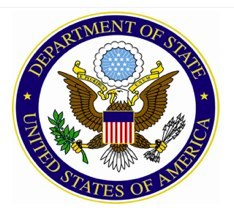 Silicon Valley and the State Department are getting along quite well under the Obama Administration. Last year, a tech delegation traveled with the State Department to Iraq and Mexico City to see how technology can help aid the countries. As a result of those trips, the Iraqi government set up a YouTube channel and digitized the contents of its looted national museum, while Mexico set up an SMS hotline for reporting crimes anonymously. In January, Sec. Hillary Clinton held a dinner in Washington D.C. for tech innovators and luminaries to discuss how to harness the power of technology tools to promote diplomacy around the globe, what Secretary Clinton calls “21st Century Statecraft.”

Today, a group of leaders in the tech sector is joining the State Department on a trip to Russia to discuss how communications technologies and social media can be used to strengthen and broaden the ties between the United States and Russia. The State Department has recruited some big names to join the trip, including actor and social media lover Ashton Kutcher, eBay CEO John Donahoe, Twitter co-founder and Square founder Jack Dorsey, and Cisco CTO Padmasree Warrior. We hear one of Kutcher’s responsibilities will be to Tweet about the trip. Topics which will be explored include how to foster entrepreneurship and how to use the Web to combat child trafficking and corruption, and use it to improve training, distance learning for remote populations, e-government initiatives, and cultural exchanges.

Kutcher, along with his actress wife, Demi Moore, are the founders of the Demi and Ashton Foundation, which works on anti-trafficking issues. Kutcher also founded production company Katalyst and has been active in promoting and furthering social media initiatives.

“They are taking off their commercial hat, putting on their expert hats and becoming part-time diplomats,” Cohen tells TechCrunch. “The State Department is a connector here. Statecraft is as much about building connections as doing negotiations.”

The delegation is tentatively scheduled to meet with the Russian Ministers of Communications, Health and Education; with advisors to President Medvedev; with leaders of Russian technology and telecommunications companies; with cultural and educational leaders; and with civil society organizations concerned with health, child welfare anti-trafficking, and anti-corruption efforts.