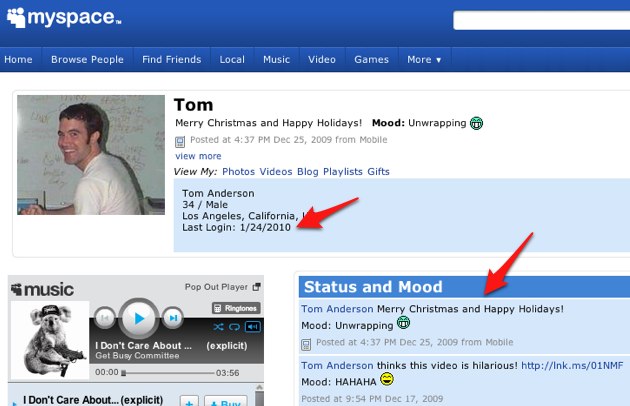 MySpace cofounder Tom Anderson supposedly begged to keep his job when the rest of the founding team was shown the door nine months ago. They kept him on, almost as a mascot. He was, after all, the first friend everyone had when signing up to MySpace. 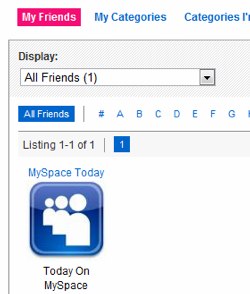 He lost his President title (now shared by Mike Jones and Jason Hirschhorn). And he is rarely seen in the office. Still, MySpace insiders said he was important to have around as a tie to the old days.

No more, it seems. Tom hasn’t actually signed in to MySpace since January 24, and his last status update was on Christmas day.

But more striking is the fact that Tom is no longer automatically added as a new MySpace user’s first friend. Instead, a couple of days ago, new users were simply given “MySpace Today” as their first friend.

I’m guessing Tom’s days as an employee of MySpace are numbered.