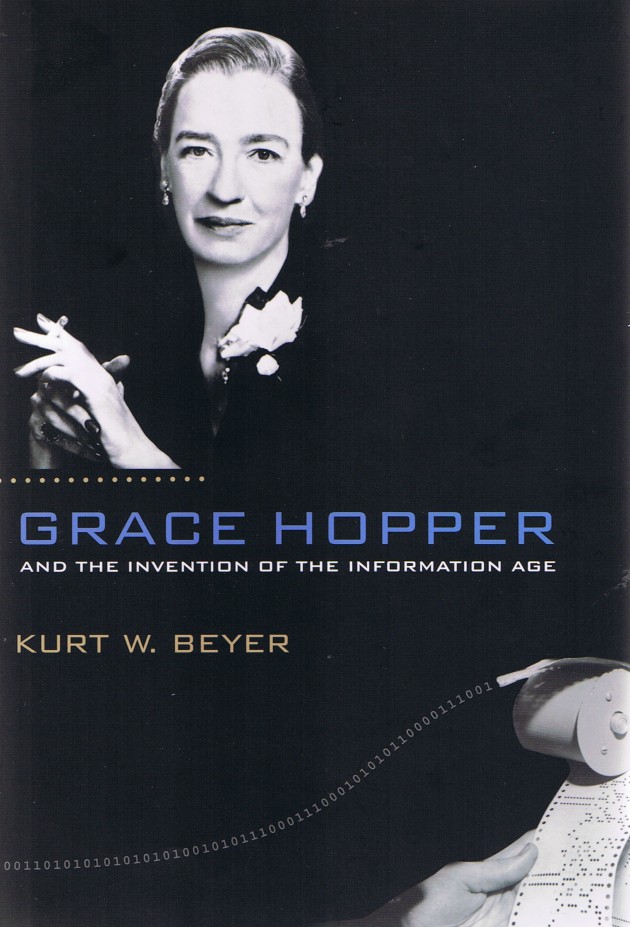 There may be no topic high-profile women in the Valley tire of more than the question of why there aren’t more high-profile women in the Valley. I’ve written about it for nearly every publication for which I’ve worked. No matter who I talk to, the upshot always seems the same: Most people wish there were more women CEOs in the Valley, the few that do exist hate talking about the topic because they’d rather just be recognized as good CEOs or founders, and people tend to blame the problem on a lack of women in science and math and the lack of a work-life balance when starting a company.

I don’t mean to sound insensitive. There are definitely times my life has been harder as a woman just writing about this scene. But wake me when there’s something new to say.

Still want to obsess about it? Then you should start by reading the new book “Grace Hopper and the Invention of the Information Age,” by Kurt W. Beyer. (Chance to win a free one below!) Hopper was the third programmer on the world’s first computer and lived her life presaging the future. She broke down three gender barriers as a woman in the 1940s: Ivy League academia, the Navy and the business world. You want badass? Hopper was the first woman to get a doctorate degree in mathematics from Yale. In a business that describes an easy UI as something “even your grandmother could understand” Hopper got most of her notoriety looking the part of a central-casting little old lady, knitting needles and all.

You may have seen this older Hopper on 60 Minutes or Late Night with David Letterman, but Beyer tells the story of Hopper’s younger years—demons, challenges, triumphs and all. The book was a painstaking seven-year project for Beyer, who was stunned when he moved to Silicon Valley in the late 1990s and so few people knew of Hopper’s contributions to the tech world. (There’s more from Beyer in the clip below from Press:Here.)

At the taping, I twisted his arm to give us 10 free copies of the book to give away to readers. Leave the name of your favorite unsung tech hero in the comments (male or female) and we’ll pick the ten most heartfelt or original for a free book.