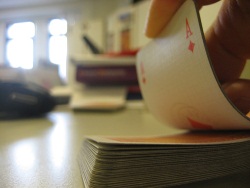 New year, new faces as two of the most innovative technology companies on the planet are making some changes in their management team.

Norwegian developer of desktop and mobile browsers and related technologies Opera Software has appointed a new Chief Executive Officer, while Brightcove has managed to steal away a long-time Adobe and Macromedia exec to become its new President and Chief Operating Officer.

Opera Software has replaced Jon S. von Tetzchner, who co-founded the company in 1995 and has served as CEO since that time, with Lars Boilesen as head honcho. Boilesen previously worked for Opera from 2000 to 2005 as Executive Vice President, Sales. In 2005, Boilesen joined Alcatel-Lucent as CEO of the Nordics and the Baltics only to rejoin Opera a year ago as Chief Commercial Officer. Formerly Vice President of Opera’s Board of Directors, he will be leading the company from this point forward while von Tetzchner will continue to serve Opera full-time as a strategic consultant.

Online video platform provider Brightcove announced earlier this morning that it has appointed David Mendels as its new President and COO, assuming responsibility over driving Brightcove’s global expansion strategy and operations. Mendels comes to Brightcove most recently from Adobe where he was served as Executive Vice President and general manager of Adobe’s Enterprise Software and Business Productivity division, a billion dollar business that includes Adobe Acrobat, Acrobat Connect, LiveCycle and Flex. Mendels will also continue to be a member of the Brightcove Board of Directors, which he joined in late 2008.