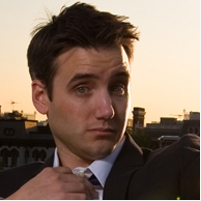 Frank Gruber, Aol’s Principal Product Manager of Lifestream Platform, has just announced that today will be his last day with the company. Gruber’s official role at Aol included planning and building products like its lifestream, but he was also one of the company’s few public faces, making regular appearances at tech events. He’s also known for regularly writing about the tech industry on his blog Somewhat Frank (he has contributed to TechCrunch as well).

Gruber has been at Aol for over three years now, working in a variety of roles. Here’s a recap from his post:

It has been just over 3 years since I joined Aol to help bring some “Web 2.0 & social media” perspective and expertise to the Aol team. In Internet years that is about 10 years. My first task was to join the product development team responsible for the myAOL triple threat including a personalized homepage, a feed reader with bookmarking and an innovate recommendation engine. We then went on to launch it in 28+ countries before it turned one. More recently with the launch of AIM Lifestream I saw about 18 months of planning and strategy come to fruition which included work on AIM buddyupdates and the acquisition of SocialThing.

Gruber tells us that his decision wasn’t affected by the new direction that Aol is taking (he says he likes it). Rather, he wants to pursue his own ventures. In his post, Gruber writes that some of his attention will now be spent on further expanding TECH Cocktail, which holds events across the country to help connect local startup communities.

He’ll also be working on Shiny Heart Ventures, his startup that’s “focused on building products that remind us of the joys of life”. In September the company launched a site called ThankfulFor, a microblogging service for sharing the things you’re most thankful for. And last week it launched Shiny Maine Lobster, a site for a family-owned lobster business that ships lobsters direct by mail to its customers.

Other recent Aol departures include Chief Lifestreamer David Liu, who left the company in October.