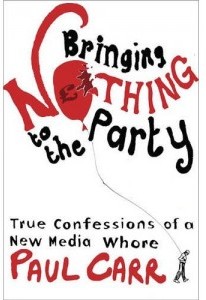 “So that’s your advice is it? As my agent? On the week my book comes out in paperback, I should produce my own pirated version and give it away free? Why don’t I just punch my publisher in the face? That would be less work.”

My agent rocked back in his chair (a chair bought with 15% of my earnings) and laughed. “I didn’t say it was my advice, I just said there’s nothing they can do to stop you.”

Before our meeting had taken its subversive turn, we had been talking about ebooks: a subject that’s on every publisher and agent’s mind this week after the decision by Stephen R. Covey, author of The Seven Habits of Highly Effective People, to make his books available exclusively on the Amazon Kindle. Covey’s move has caused a highly effective shit-storm because he made it in direct defiance of his paymasters at Simon & Schuster who won’t see a penny from the deal.

‘Seven Habits’ was originally contracted back in the pre-ebook days of 1989 and as such Covey claims that the electronic rights remain with him to do with as he wishes. Simon & Schuster, perhaps unsurprisingly given that they sold 136,000 paperback copies of the book this year, disagree – arguing that Covey’s contract precludes him from publishing any ‘competing works’. “Our position is that electronic editions of our backlist titles belong in the Simon & Schuster catalog, and we intend to protect our interests in those publications.” said an S&S spokesman, ineffectively.

It’s no huge coincidence that Covey’s decision came just a few days after Simon & Schuster, along with several other publishers, announced that they were postponing the ebook release of dozens of titles on the basis that Amazon’s $9.99 price point for electronic titles was cannibalizing hardback sales. Hardback sales – especially of popular titles – are one of the cash cows of publishing, costing just a few cents more to produce and distribute than paperbacks but with a far higher cover price. Ebooks on the other hand sell for less than paperbacks but, by and large, pay a larger royalty to authors: somewhere in the region of 25% of the cover price, leaving even less profit for the publisher. The hardcore book buyers who regularly buy hardback books are also the ones most likely to have an e-reader – meaning that delaying ebook releases should result in more hardback sales. Or so goes the publishers’ logic.

The problem is that book sales are not a zero sum game. Your average Kindle owner, on discovering that a new release is not available electronically, is unlikely to set down his expensive gadget and drive down to Borders to buy the hardback. Instead he’ll simply choose a different title from the hundreds of thousands that are available. Hardcore fans of a particular author might still insist on the hardback, but they would anyway given that it’s much harder to get an ebook signed by their hero.

Meantime, as ebooks become an increasingly important distribution channel for books, authors who aren’t convinced by their publisher’s digital strategy won’t hesitate to take matters into their own hands. New authors will simply choose a different publisher, while veterans like Covey will try to exploit loopholes in their existing contracts to maximise ebook returns.

For Covey, the problem with Simon & Schuster’s digital strategy seems to be largely financial. The company that he has chosen to publish his new Kindle edition – Rosetta Books – has made a big play of the fact that they’re paying him a significantly higher royalty on sales than he was previously making on ebooks. Meanwhile Amazon has promised a huge site-wide promotional campaign for the titles. Other authors choose a publisher because their digital strategy reflects their principles. Cory Doctorow publishes many of his books with Tor Books because they agree to allow him to give away the electronic versions of his books, on the day of publication, without DRM protection. By contrast, when Apple refused to distribute the audio book of his ‘Makers‘ anthology in the iTunes store without DRM, Doctorow walked away from the deal rather than compromise his principles.

I can’t fault my publisher on money: Weidenfeld & Nicolson has paid me not one, but two generous advances to write books about myself, and I’m certain I’ve cost them the same again in lawyers’ fees thanks to the legal threats I seem to attract prior to publication. I earn a decent royalty on ebook sales in the UK and Europe and, because I still own the US rights to my books, I was free to produce my own Kindle edition – limited to US customers – and take 100% of the profits. Equally, I can’t fault W&N on supporting my principles: largely because I don’t have any.

No, the reason I found myself in my agent’s office earlier this week bitching about my publisher’s digital strategy was something even stronger than money and principle: my monstrous ego.

Since moving to the US and starting to write for TechCrunch, I now have more people reading my words each week in North America than I do in the UK. Every week I delight in annoying commenters by promoting my war-of-the-worlds-winning book, to the point where people seem genuinely upset when I miss an opportunity to do so. And yet barely a day goes by without someone telling me they tried to find my book in the US, only to be disappointed that – due to publishing’s ridiculous obsession with territories – it’s only available outside North America. “It’s available on the Kindle” I say. “Pft” they reply, “I don’t have a Kindle”. In most cases I end up emailing them a PDF – a distribution model that doesn’t really scale.

The logical solution would be to publish the PDF on my site. The print version of the book has been available for 18 months now – it’s had plenty of time on bookstore shelves and with the publication of the paperback in the UK and no US publisher on the horizon, any future sales are just part of the long tail. There’s already a pirated version available on Limewire – that’s where I got the PDF from in the first place – and the more time that passes, the easier it will be to find an unauthorised digital copy.

By releasing the ebook myself for free at this stage of its life, it would do very little damage to sales but will get my words into the hands of a whole new US audience: readers who might then seek out other things I’ve written or pay me to write new things, or buy the properly-formatted Kindle edition with clickable footnotes – or any of the other myriad benefits that Doctorow cites for wanting to give his books away free.

But that’s where W&N’s digital strategy lets me down. The company has the rights to all digital sales of the book outside North America and their parent, Hachette Livre, has decreed that they will not allow any ebooks to be distributed for free, or without DRM.  If I make the ebook of Bringing Nothing available for free in the US then there’s nothing to stop foreign readers downloading it, which would breach W&N’s contractual rights. As I explained to my agent, owning the US rights to the ebook is pointless if I can’t do anything with them without pissing off my publisher.

It was that point that he made his brilliant suggestion. The kind of suggestion that makes all those 15%s worthwhile…

“I mean, you’re allowed to publish it in the US, so why don’t you just do it? If some people in the UK or Australia download it, then so what? It’s not your fault; it’s W&N’s fault for not having a global ebook strategy. And anyway, they should be delighted at the publicity.”

They really should. So what if a few people outside the US download the free version? If they haven’t bought the book by now they almost certainly weren’t going to. And who knows, if they like the ebook they might be encouraged to buy a hard copy either for themselves or as a gift for a friend. They’re certainly more likely to pre-order the next book – which is what really matters to W&N at this point. The only question was how W&N’s legal department would feel about my agent’s advice.

“I didn’t say it was my advice, I just said there’s nothing they can do to stop you.”

Semantics. I emailed my publicist to ask her, hypothetically, what would happen if I somehow convinced a US-based publication to allow me to give away the ebook of Bringing Nothing – strictly to North American readers, of course – but with no real way to stop anyone else in the world downloading it. Her reply – after speaking to the lawyers – was brilliant: “The consensus seems to be that we can’t exactly stop you. But I’ve been asked to remind you that Hachette policy is not to offer free ebooks and all our ebooks are DRM protected. So there you are. Reminded.” Just another reason why I love my publicist.

All that remained was for me to somehow convince a sufficiently popular US site to act as a patsy for my dastardly, egotistical plan. I sent an email to TechCrunch CEO Heather Harde, setting out my case and asking if TC could be that site. I was expecting it to be a tough sell, and I was right.

And so here we go. The entire ebook of Bringing Nothing To The Party – True Confessions of a New Media Whore: my egotistical Christmas gift to you, and your reward for enduring my weekly attempts to convince you to buy it.

The main PDF download is here, there’s an HTML version (with linked footnotes) here and an entirely impractical DocStoc version below. The ultimate TL;DR.

It’s published under a Creative Commons (Attribution-Noncommercial) License, so by all means re-distribute it however you see fit, as long as you link back either here or to PaulCarr.com. Also, if you do repost it anywhere, make sure you let me know the link either in the comments or on Twitter so I can say thank you. As an added incentive, I have ten copies of the paperback edition sitting on my desk and this time next week I’ll choose ten random re-posters and send each a specially customised copy.

Finally it’s worth saying that, for all of my ego, the book is actually quite a hard thing for me to give away: its 275 pages tell the story of a very strange few years of my life – years that cost me my career, my reputation, the love of my life, and very nearly my freedom. In other words, it’s a real feel-good Christmas romp.