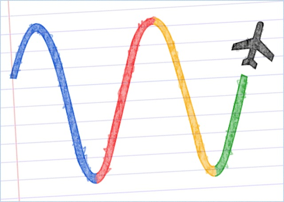 That didn’t take long. Less than half an hour ago we broke the news that Google was in the process of acquiring AppJet, the startup behind the powerful real-time document editor EtherPad. The official EtherPad blog has just been updated confirming the news.

As we reported earlier, we’re hearing that the acquisition price was in the low eight figures. The EtherPad post also says that they will be joining the Google Wave team, which is based out of Australia. CEO Aaron Iba, President & Chief Scientist David Greenspan, CTO J.D. Zamfirescu, and COO Daniel Clemens are all making the trip down under.

If you’re an EtherPad user, you’ll want to check out the company’s blog post for instructions on exporting your data. The service will continue to operate through March 2010, but no new free public pads can be created, and the company isn’t allowing new customers to sign up, either.