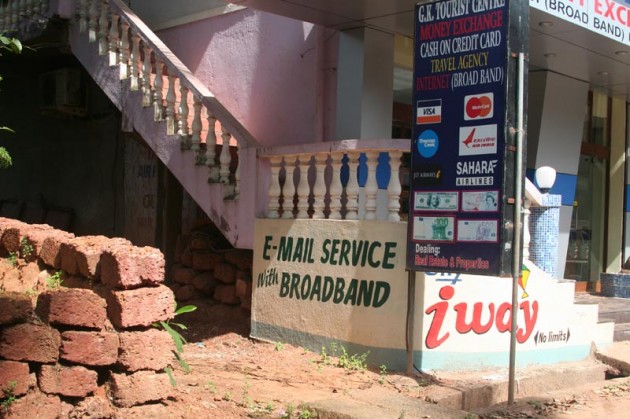 Of the hundreds of companies I meet in any given country, I only write about a handful. Sometimes it’s the ones that seem to be copying a US idea, but in reality are building their company in a completely unique—and frequently more profitable—way.  Other times, I’m captivated by an idea that’s perfect for an emerging market, but probably wouldn’t work in the US.

But every once in a while I find a company that hits the trifecta: It’s addressing a big problem locally, it’s something I don’t think is offered in the US, and…. I want it. And when a product in undeveloped, chaotic, messy India can make someone in Silicon Valley feel jealous, you know that entrepreneur has come up with something good.

I’m talking about SMSONE Media, a company I met in Pune about a week ago. Like most of the impressive companies I saw in India, it’s aimed squarely at the base of the pyramid and is using basic SMS to deliver services to people some of India’s most unconnected areas.  It was started by Ravi Ghate, who proudly points out that none of his core team graduated from high school, much less attended an IIT or IIM. (Typically not something you brag about in India.)

SMSONE is basically a very-local newsletter. Ghate goes to a village and scouts out an unemployed youth—preferably one who’s had jobs as a street vendor or has experience going door-to-door shilling for local politicians. The kid pays Ghate 1000 rupees (or about $20) for the “franchise” rights to be the local reporter for that village. He goes door-to-door signing up 1,000 names, phone numbers and other basic information, then mails the slips to Ghate. Ghate enters it all in his databases and all those “subscribers” get a text introducing the kid as their village’s reporter. In India all incoming texts are free so, the subscribers don’t pay anything.

And what readers get is pretty powerful. Right now there is no way to get a timely message to people in a village. There’s no Internet access, no TV, no local paper, and frequently no electricity. All they have is a basic mobile phone. SMSONE’s service can give farmers instant updates about crop pricing or news of a seed or fertilizer delivery a town away. That means the farmer only makes the trip when he knows the shipment is there, rather than wasting days of travel hoping the shipment is there. 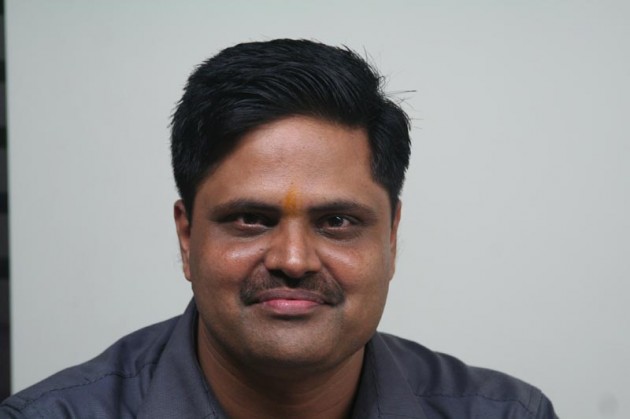 Consider something even more fundamental: Water. Much of the villages have government-owned water pipes that are turned on for an hour or so once a day, or even in some areas once a week. Everyone has to bring their vats, pitchers and empty kerosene cans and get as much water as they can while the pipes are on. But these pipes don’t really run on a schedule so people frequently miss getting the day’s or week’s water. Now, SMSONE subscribers get a text when the pipes are about to be turned on.

I know it’s not as life-changing, but I’d pay to get micro-local, highly relevant news about my neighborhood in San Francisco in 160-character bursts, whether it’s about a power or cable outage, a construction project that’s disrupting traffic or details on a shooting that just happened. And I might even welcome local ads that report a hot new restaurant opening or a sale at a boutique two streets over. In the U.S., EveryBlock and Outside.in probably come closest to what SMSONE is doing. I feel like modern, uber-connected life has made us less interested in “local news” as we used to think of it on a city or region level, but more interested in the micro-local, hence the excitement in the Valley around Foursquare, CitySourced, and a host of location-aware iPhone apps.

But the beauty of what Ghate has built is its simplicity. It doesn’t need a $300 smart phone and it doesn’t need GPS locators or a platform like Twitter to run on. Sometimes the most powerful innovation is built in the most extreme constraints.

I’m hardly the first to be impressed by what Ghate has created. He has won a host of awards including the Clinton Global Initiative’s YES Fund Award in 2008. And similar models are being built in parts of Africa where there’s similar mobile ubiquity and little else in the way of communications.

The change in life is not only pretty huge for subscribers. That once-unemployed kid suddenly has important local standing in his community. In addition to writing 160-character local news stories, he also sells local ads. Like a newspaper, Ghate enforces a ratio of ads to stories, so the news doesn’t get overrun by promotions.

The economics work out like this: Out of a 1000 rupee ad sale, 300 goes to SMSONE with the rest kept by the reporter – plus Ghate pays him an additional 50 rupees for each news story. That adds up to a nice income for a village kid, but not so high that he picks up and moves to the big cities. Ambitious franchisees can even hire a few other reporters, expand their subscribers and make more money.

Right now Ghate’s operation is in 400 communities, reaching roughly 400,000 readers.  He just got an investment from the government of Bangalore to boost that reach to five million readers in the next four months.

Ghate is clear that the money will be used strictly to reach more people. The company already breaks even and Ghate makes enough to pay his basic living expenses. He doesn’t care about fancy cars or clothes. It wasn’t too long ago that he was one of those disadvantaged kids, selling flags and berries on the side of the road and being told to go away. He still regularly travels between villages by bus and stays in $5/a night hotels. He’s promised to take me with him on my next trip to India, to see how the service works first hand and meet some of these young “reporters.”

“I’ll be back in February,” I said. “Will you have 5 million readers by then?”

“Not quite,” he said looking up at the ceiling, seemingly counting in his head. He looked down at me again, smiled and said, “Come in April.”