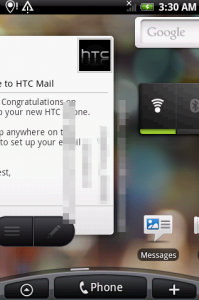 HTC Hero owners, we feel your pain. Just months ago, you had the hottest Android device in existence. While it’s still one damned-slick piece of mobile on the hardware front, the software — now two builds behind — is beginning to show its age. You wouldn’t believe how many requests I get in the tips line asking if we’ve got any details on when the Hero’s getting the update treatment.

We still don’t know when, but it looks like we’ve now got a good idea of what the next Hero update will be: Android 2.1.

If these screenshots that BeGeek.FR managed to dig up are any indication, it looks like HTC might be skipping Android 1.6 and Android 2.0 all together, instead diving straight into the as-of-yet unannounced Android 2.1. As you can see, HTC’s custom “Sense” UI seems to be tickin’ away on the platform, which is good news; last we’d heard, that was the hurdle that was keeping HTC handsets from getting 2.0-ified. 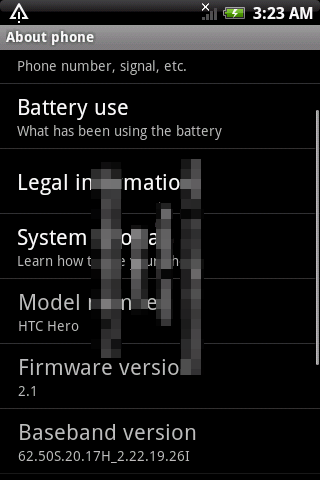