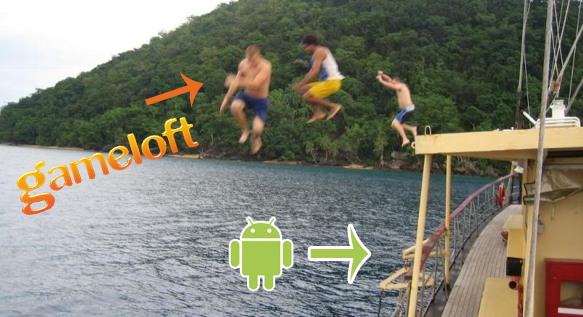 The sudden surge in interest in Android (largely due to all of the hype surrounding the Droid) has caused a lot of developers to reconsider the platform. Atleast one major development house, however, isn’t impressed.

Earlier today, Alexandre de Rochefort, Finance Director of Gameloft, told an investor conference that the company had “significantly cut [their] investment in Android platform, just like … many others”. Gameloft is one of the largest mobile games companies around, having pulled in roughly $132 million in the last three quarters alone. While there are plenty of fish in the developer sea, this can’t be one that Google is happy to see swim away.

The reason they’re cutting back, adds Rochefort, is that Google hasn’t done enough to “entice customers to actually buy products” on the platform. Regardless of how you feel about Google’s approach to the market, you can’t argue with the numbers: according to Rochefort, they’ve sold “400 times more games on iPhone than on Android”.

Consider this a gauge for Android’s success over the next year and a half or so; if Android can grow at a fast enough rate and sell enough handsets to keep the big dev teams on board (and, perhaps, even regain Gameloft’s interest), we’ll know things are going alright.