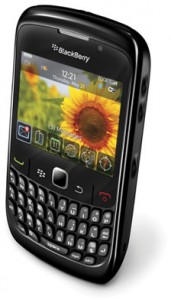 Ah, BlackBerry Curve 8520. We’ve got pretty fond memories of your exclusive days over on T-Mobile. So what gives? Why the jump to AT&T all of a sudden? Oh right…increasing market share and giving consumers what they want – an inexpensive and relatively capable smartphone. Nice.

Known as one of the nicer “value” smartphones out there, the BlackBerry Curve 8520 features RIM’s famous QWERTY keyboard and its mostly loved touch-sensitive trackpad (as opposed to the older scrolling nav ball). It also has built-in Wi-Fi (a must, these days), an advanced media player with dedicated media keys (along the top of the handset), and it also provides global connectivity via phone, email, text, IM, picture messaging and social networking (with Facebook and MySpace apps coming preloaded).