Israeli startup Soluto has closed a healthy $6.2 million second round of financing led by Bessemer Venture Partners and joined by Giza Venture Capital. This is on top of the $1.6 million round the company raised a year ago from Proxima, bringing the total amount of capital invested in the company close to $8 million.

The company, which is aggressively keeping its operations hidden from the public eye for now, is only willing to describe itself as being in the ‘anti-PC frustration software’ business. Our man in Israel, Roi Carthy, says the company is one of the hottest in Israel at present day, so let’s take a closer look at what they’re building over there.

Soluto’s stated objective is to resolve common end-users’ PC frustrations (e.g. sluggishness, application/OS freezes and long boots). Granted, there are literally hundreds of software applications that claim to deal with these issues, including registry cleaners and a plethora of ‘PC performance boosting’ applications but Soluto claims they all miss the point.

The startup doesn’t see the crux of the problem in buggy software but in the way applications behave when running alongside each other and the manner in which they interact with the hardware. In its research, Soluto claims to have uncovered the number one cause for slow PCs: the fact that legitimate software is hogging resources with no apparent reason. For example, software that loads at boot and performs indexing could also perform its chore when the machine is idle. Seeing as it does not, the user has to wait—needlessly—for the process to complete, and voilà, frustration.

Soluto believes it can tackle the nature of the issues that result in PC frustrations by employing a crowd-sourced approach to ‘map the PC genome’, which is the term the company uses to denominate the collection of data that can be determined about application behavior, processing requirements, hardware and performance. Obviously, the specifics of this modus operandi are hazy at best, so we’ll have to wait for the company to launch something in public beta to see how it stacks up.

Along with the round of financing, Soluto is also announcing that Naftali Bennett has been appointed CEO of the fledgling company. Bennett, a well-known entrepreneur in Israel, is the former founder and CEO of Cyota, an anti-fraud company which was acquired by RSA Security in 2005 for $145 million. Bennett joins Soluto’s original co-founders Ishay Green and Tomer Dvir on the management team. 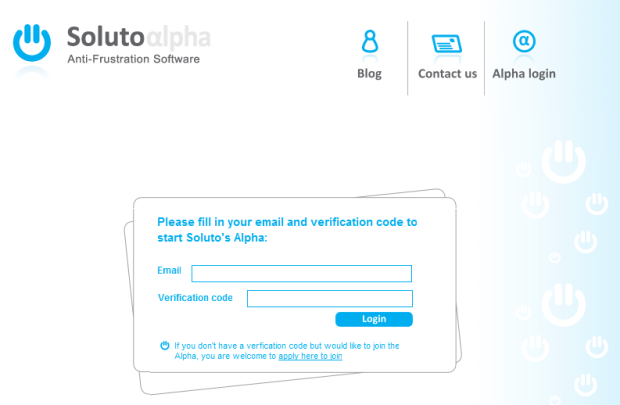